Lydia and I had a lazy day today, relaxing in our hotel room and visiting only one site, Wat Arun. To get to Wat Arun, which is directly opposite the Grand Palace and Wat Pho on the other side of the river, we took a water taxi (15 B/person) down the river and then a small ferry, which took us from one bank to the other (3 B/person).
Wat Arun's grounds are dominated by a very large tower/temple, which has stairs that believers, or very brave tourists, may climb. However, today was just too hot, so I skipped the climb and opted instead to walk around the grounds at a more leisurely pace. Unlike Wat Pho or the wat that houses the Emerald Buddha, there were very few tourists milling about Wat Arun. The wat's construction was distinctly different, the decorations were less opulent than the other wats we have visited, but it was in no way less beautiful. 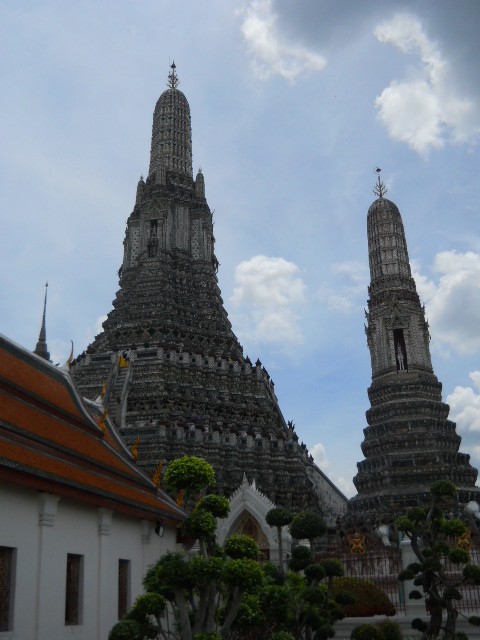 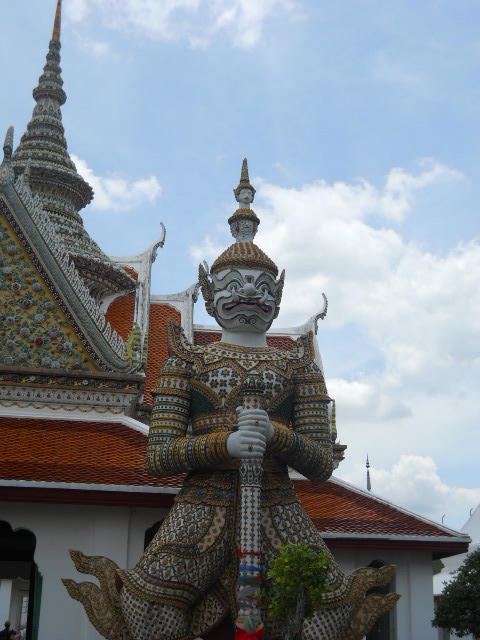 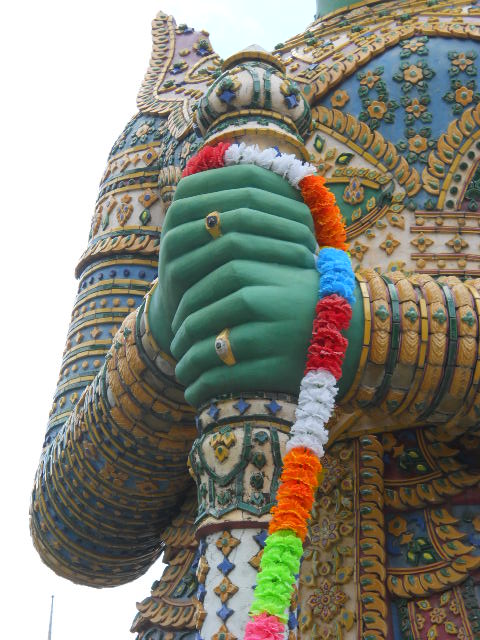 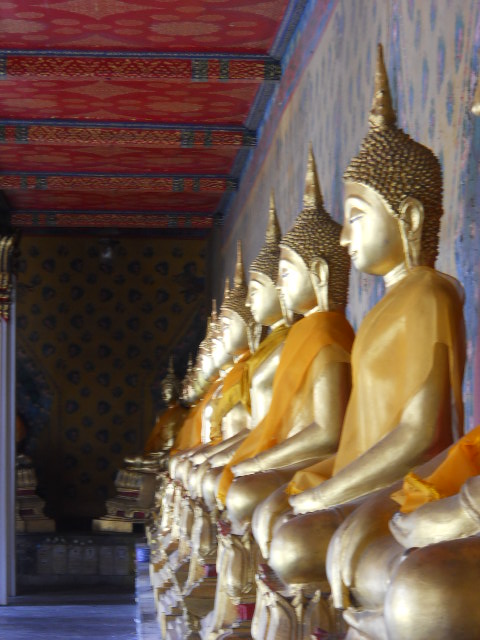 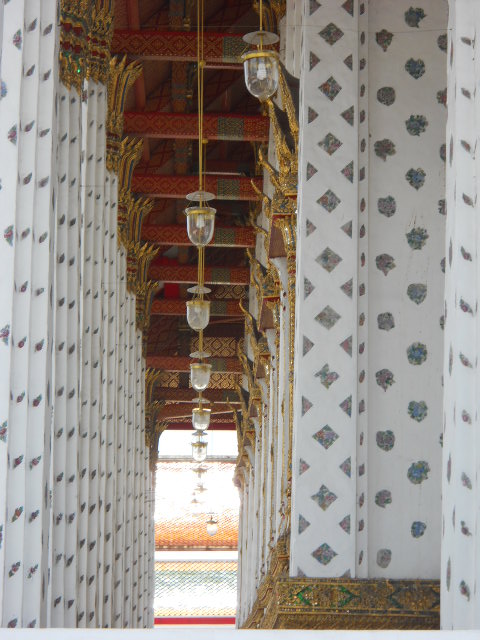 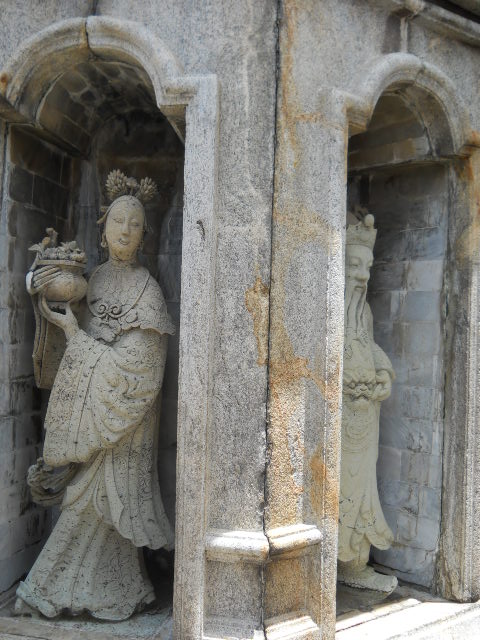 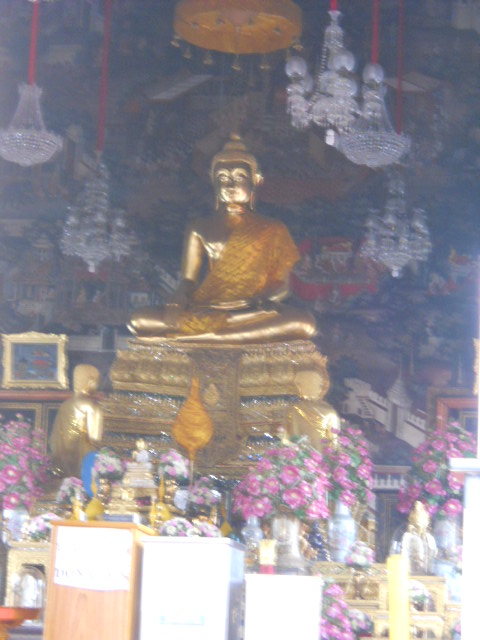 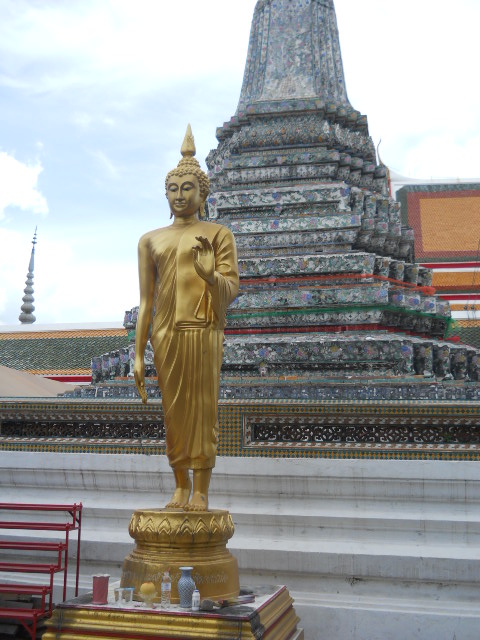 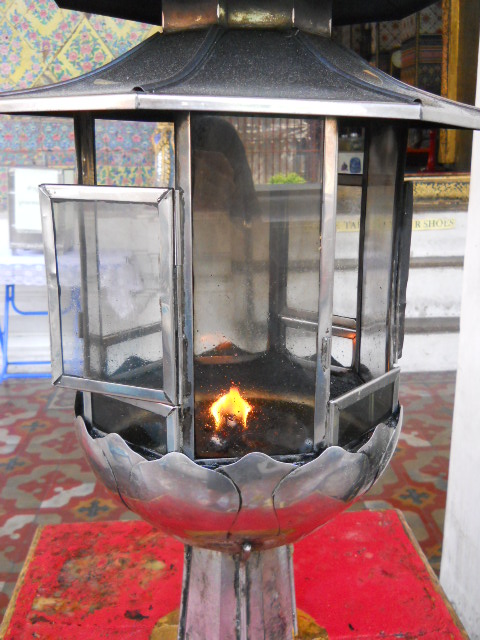 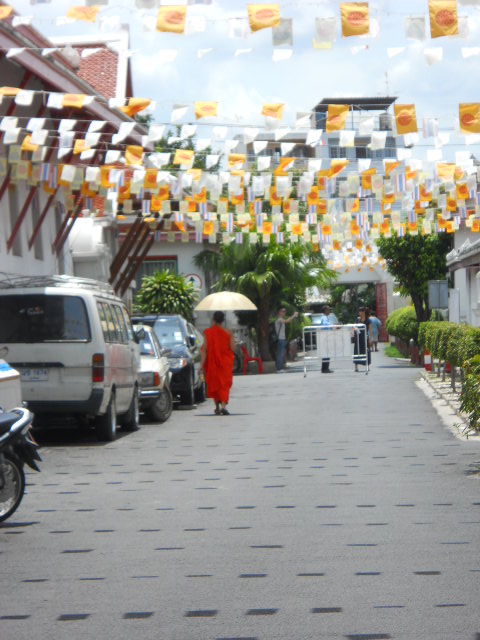 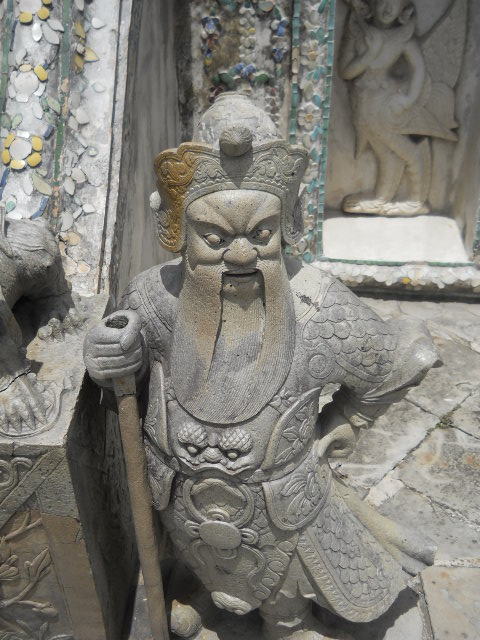 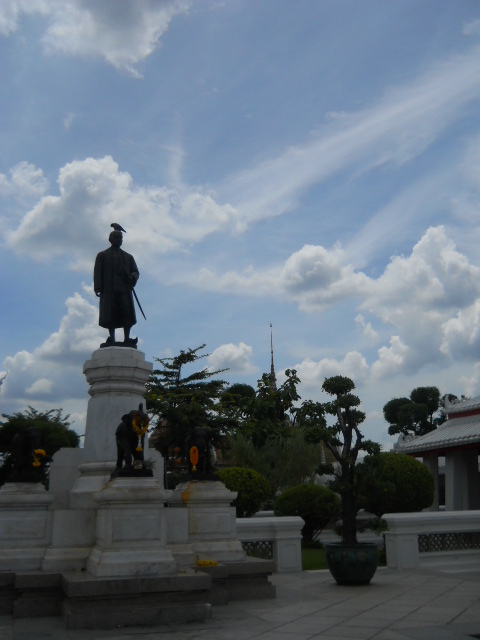 We took the water taxi back up river to the hotel. As we motored along, we passed a couple dozen boats with rowers, rowing with coordinated movements, as they made their way down the river. 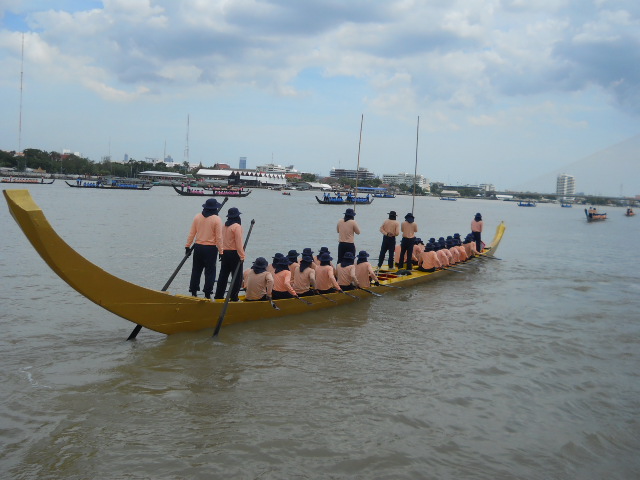 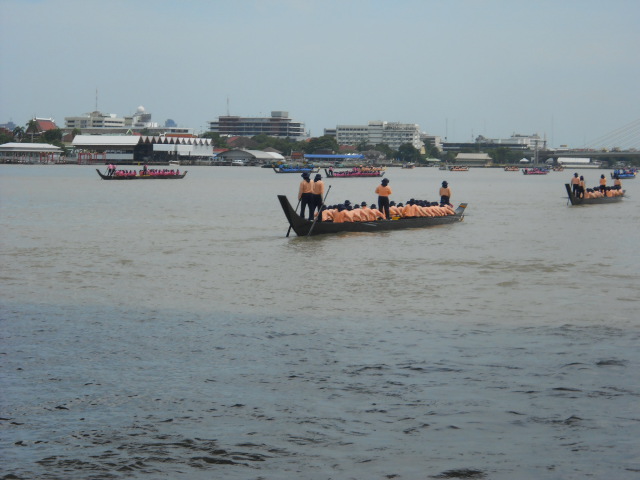 Tomorrow will be our last day in Thailand, our plane leaves at 11:45 p.m. to begin a very long journey home.
Posted by Holly at 9:09 AM