Lydia and I decided to take advantage of the hotel's complementary boat ride down the river to Wat Pho and the Grand Palace. Wat Pho, 100 Bat entrance fee, is the location of the reclining Buddha, which is so large that it takes up the interior of one of the temples. This Buddha is  magnificent in both its size and its intricate details, even the feet are decorated with pictures crafted in mother of pearl. 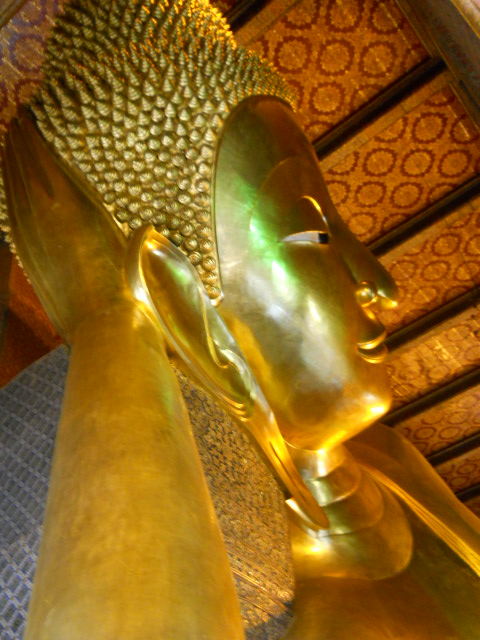 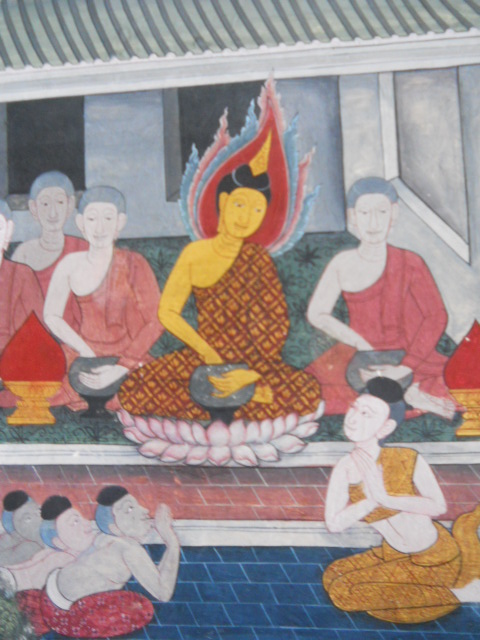 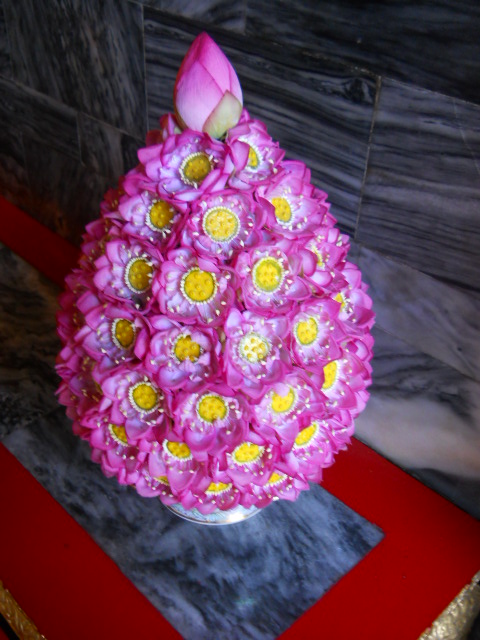 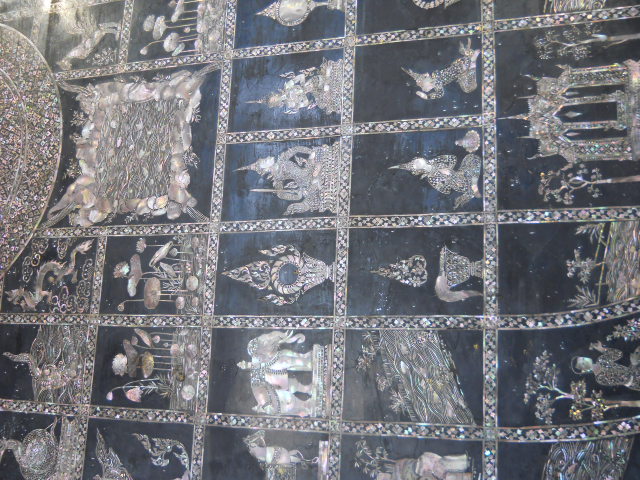 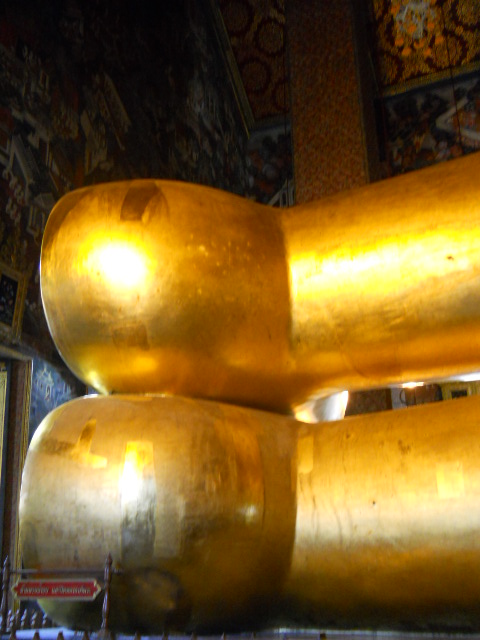 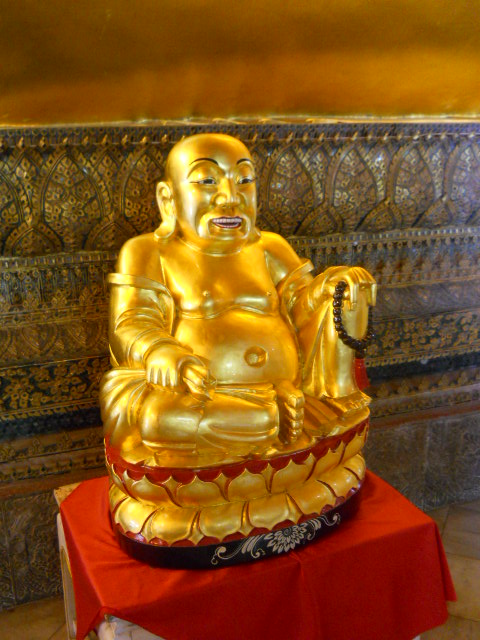 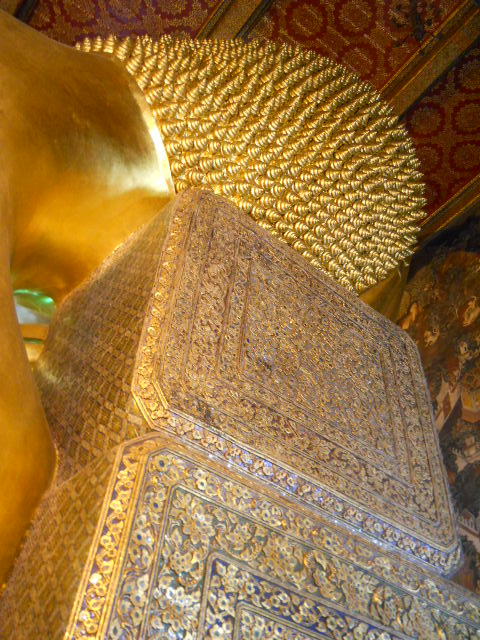 After walking around the Buddha, we wandered the grounds of the wat and took advantage of the free water to beat the heat. 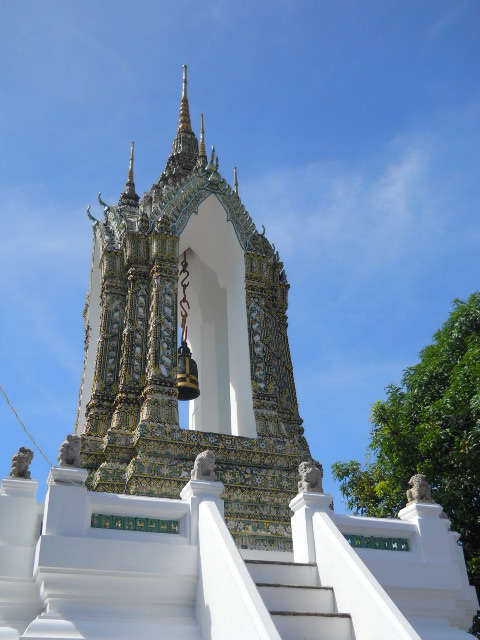 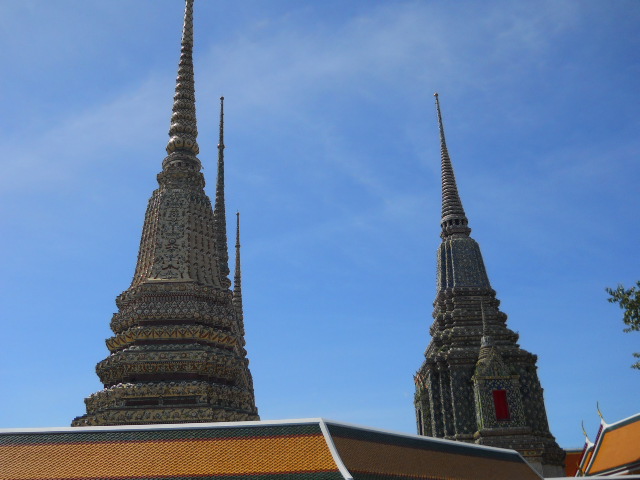 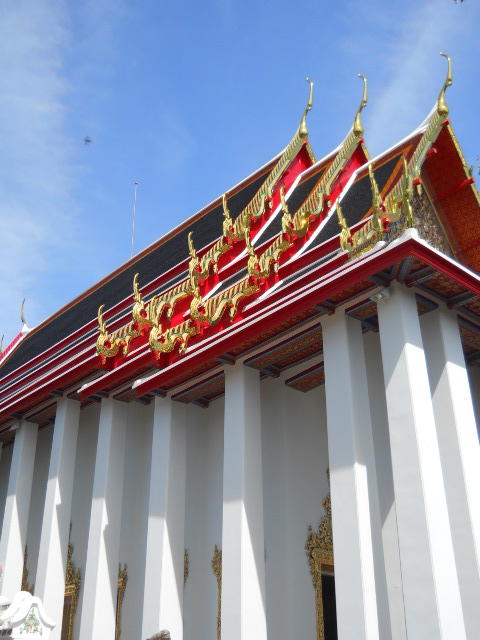 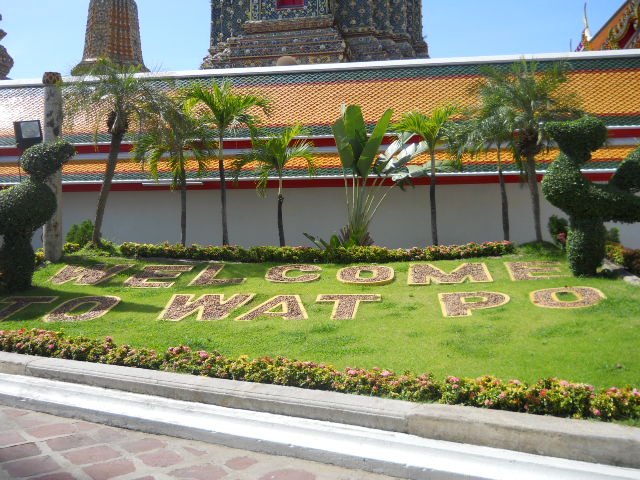 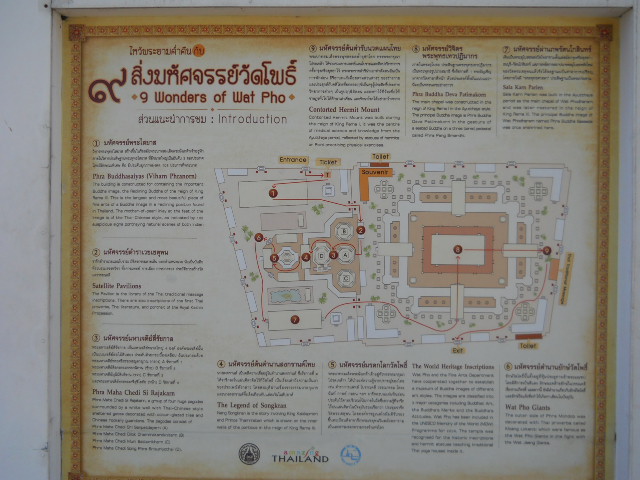 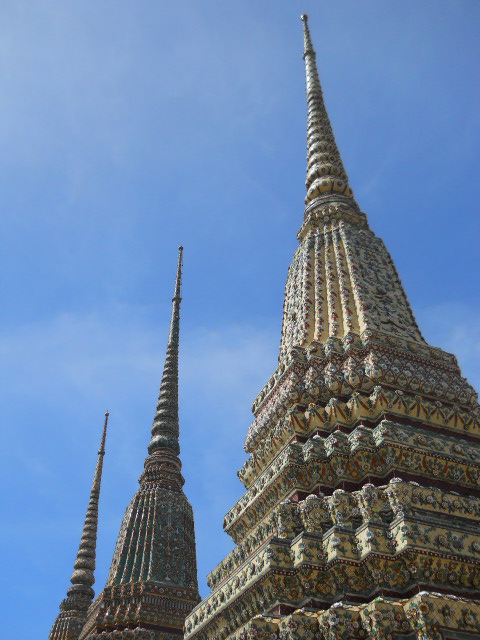 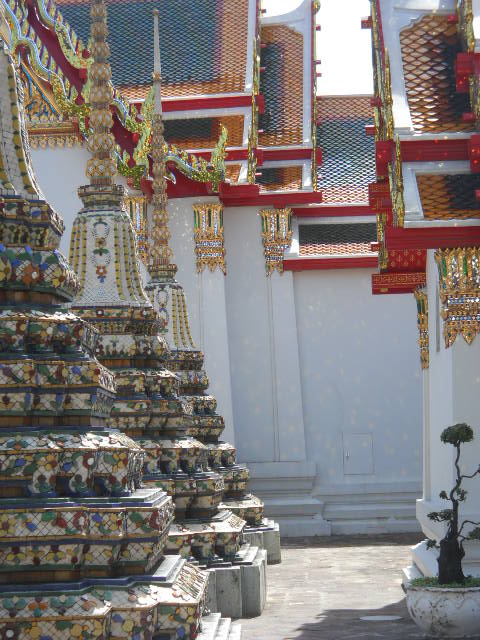 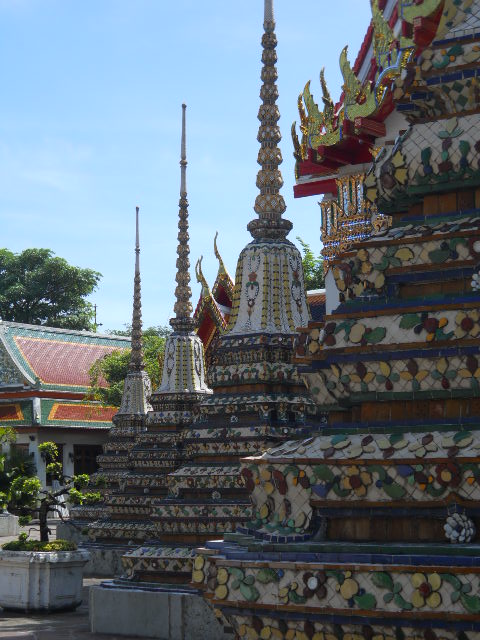 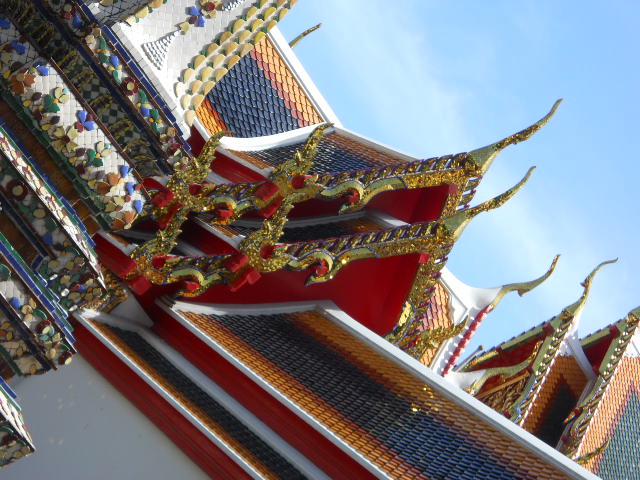 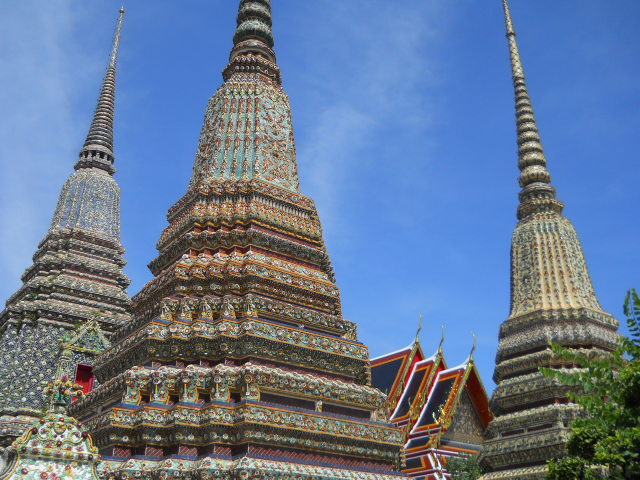 After Wat Pho, we walked down the river towards the Grand Palace fending off tuk-tuk drivers, who claimed that it would be a thirty minute walk and that we should take their tuk-tuk to the palace, and salesmen, who tried to make me buy a sarong to cover the skin exposed by my capri pants. When we got close enough to the entrance, we were able to read the English sign letting visitors know that cover-up clothing was available in the palace FREE OF CHARGE.


I had dressed in capri pants because I thought that they were plenty long enough to pass muster. I was wrong. I was told by the guard that I could not go in until I was properly dressed. So, I joined the line along with girls whose pants were deemed too short or tight and men in shorts. Once I was attired in a green sarong over my capri pants. We headed to the ticket counter to get a ticket, only to learn later, after talking to Bekah, that the palace portion is free per a decree by the King, it is just not advertised, nor will the staff tell you even if directly asked. According to Bekah, if you want to just visit the palace and avoid the wat, you walk to the right and avoid being funneled into the line to buy the wat tickets
The 400 Bat ticket, which we bought, did include entrance into Wat Phra Kaew, as well as entrance to the pavilion of Regalia, Royal decorations and Coins, the Teak Palace and the Arts of the Kingdom Exhibition in the Throne Room, the last two are valid for seven days after purchase. Wat Phra Kaew is known for the Emerald Buddha, a misnomer because the Buddha is actually made out of single piece of jade. While beautiful, it is small and not as impressive as it sounds and not worth the entrance cost. We walked around the wat grounds wilting under the sweltering heat, me especially in my double layer of clothing, before exiting to the grounds of the Grand Palace. We only were able to go into two sections of the palace, the throne room and the armory. Most everything else seemed to be closed to the public. Exhausted from the heat and unimpressed by the palace, we left the grounds, returned my sarong and caught a tuk-tuk, which drove like a bat out of Hell, back to the hotel. 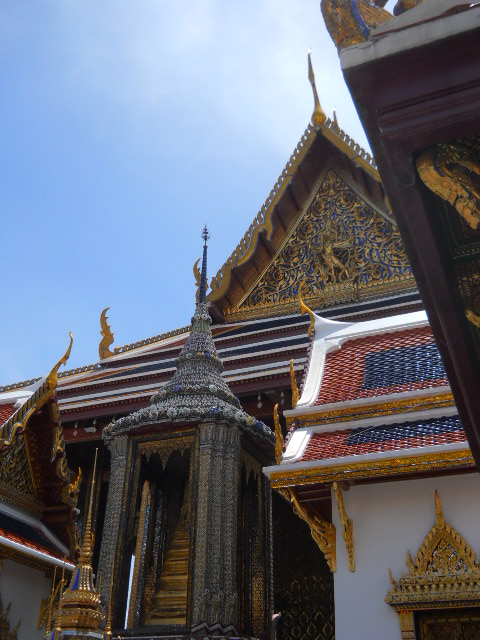 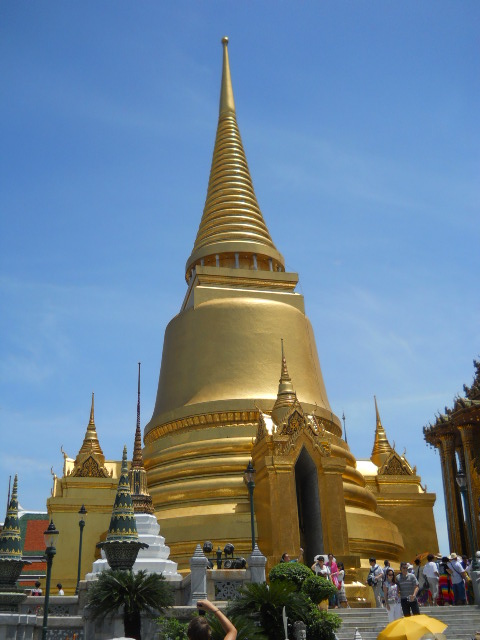 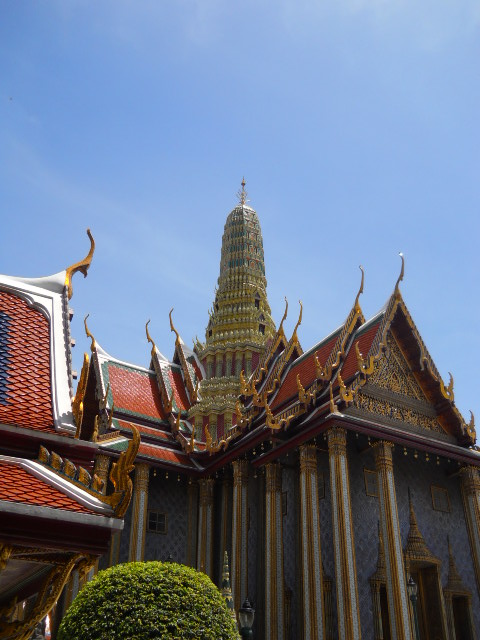 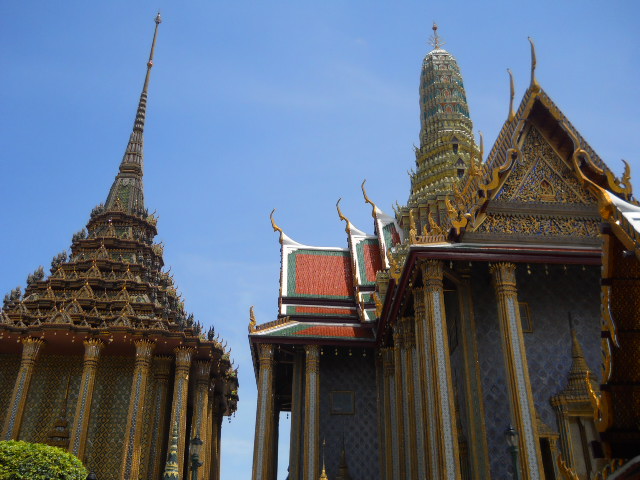 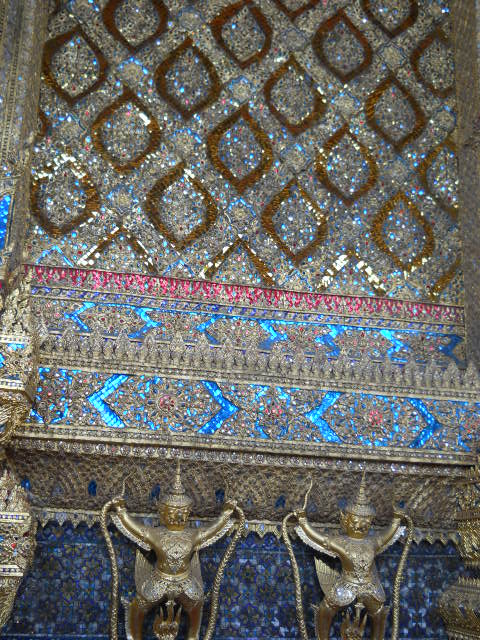 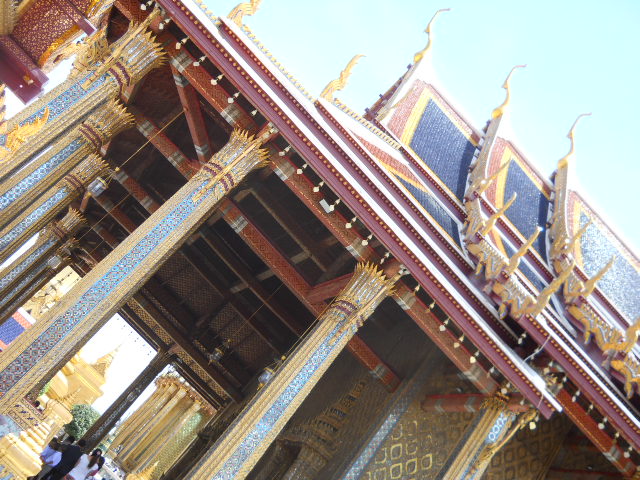 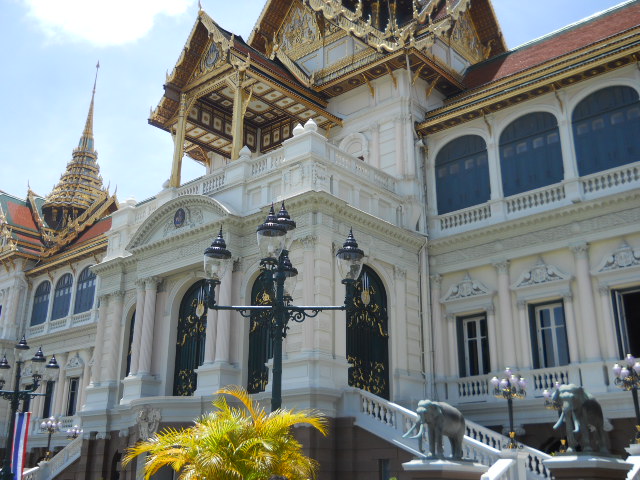 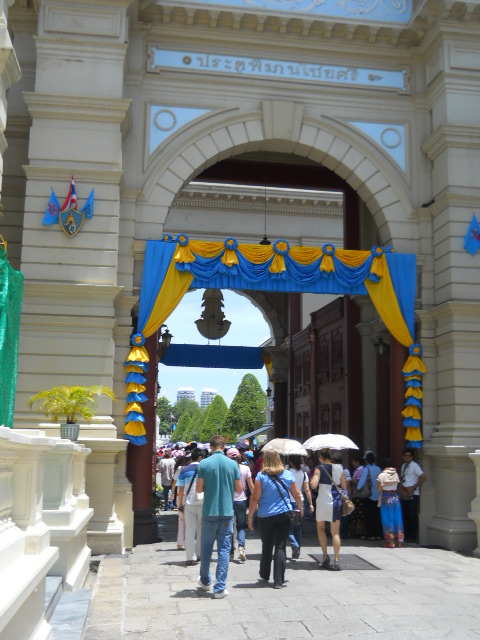 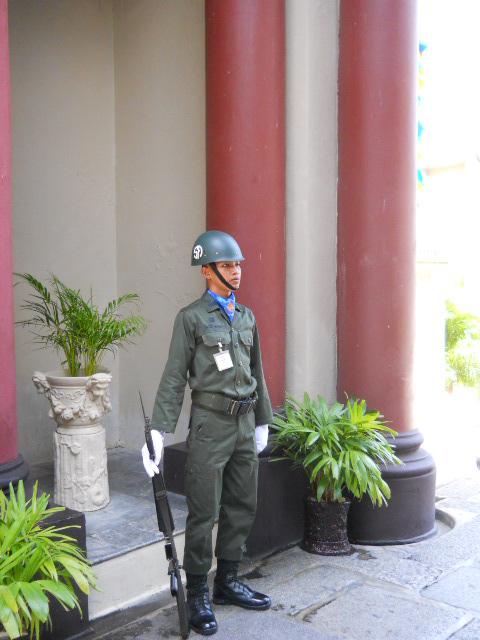