Chiang Rai and the Golden Triangle

On Saturday, Lydia and I decided to join our hotel’s tour to Chiang Rai’s White Temple and the Golden Triangle. It left at 7:00 a.m., which meant that we were up and at breakfast by 6:00 a.m. Once we boarded, our bus drove around and picked up other tourists from different hotels around the city before beginning our tour. Our first stop, a hot spring, was forty minutes outside of Chiang Mai with in the province of Chiang Rai. Part of the attraction of the hot spring, other than the fact it is hot enough to boil an egg, is a geyser that spewed hot sulfuric water high in to the air. While that was interesting, the area has been built up as a tourist trap with stalls of food, fake gems and flowing pants encircling it. We stayed there about twenty minutes, long enough to use the toilet and see the geyser. 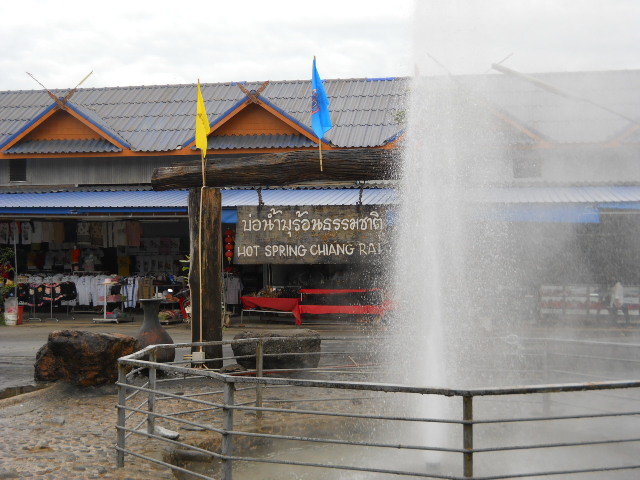 We continued our drive for another hour before arriving at the White Temple or Wat Rong Kun, as the Thai call it. The Temple was built by an American educated Thai to warn against the vices of greed and materialism, the second would have been much more effective if the gift shop had not been right next to the temple. To illustrate his warning, visitors must first pass over Hell on their way into the temple, white represents paradise. From Hell, hands are reaching up begging for salvation. On some of the hands were gold rings and interestingly enough, one of the hands has a red fingernail. Unfortunately, visitors are not permitted to study Hell for long as they pass over it because an employee with a microphone tells you, “Madam keep walking.” 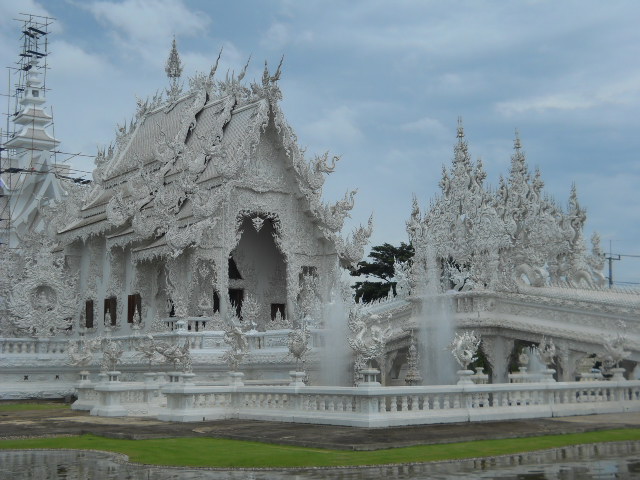 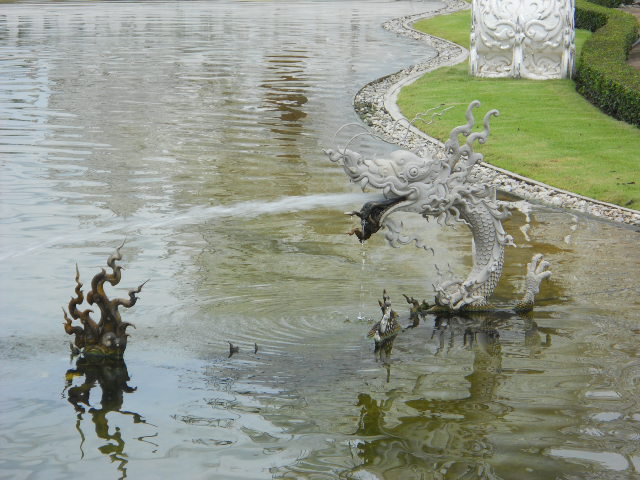 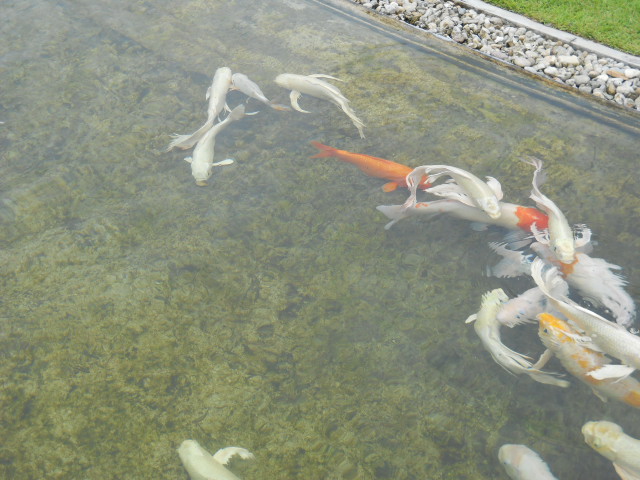 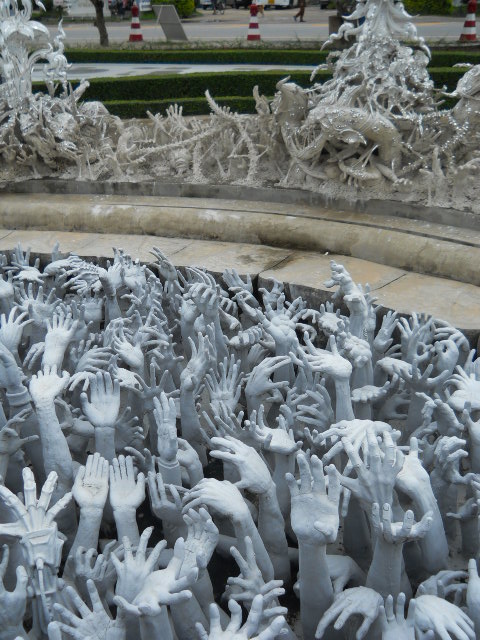 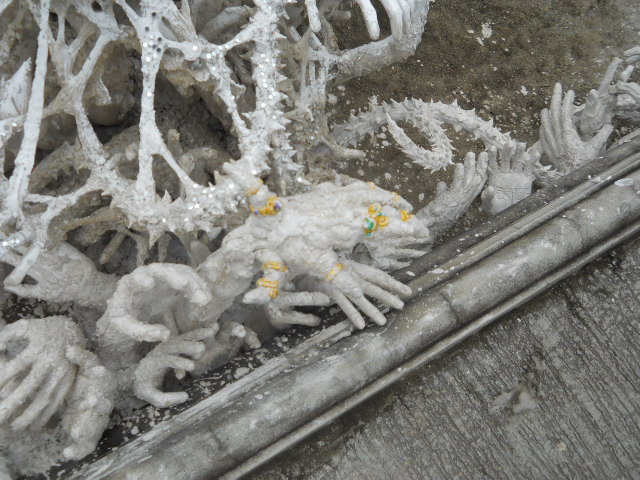 Inside the Temple also warns you against materialism and the risks of the modern world. On one wall, there are well-known fictional characters, including Spiderman, Superman, Jabba the Hut, Angry Birds and Harry Potter, as well as famous figures, including Elvis Presley and Michael Jackson. The wall also shows 9/11 and the destruction of war, depicted with bombs, missiles, fighter jets and evil looking serpent creatures. Unfortunately, we were only able to see a small part of the interior because half of it was covered by a sheet. 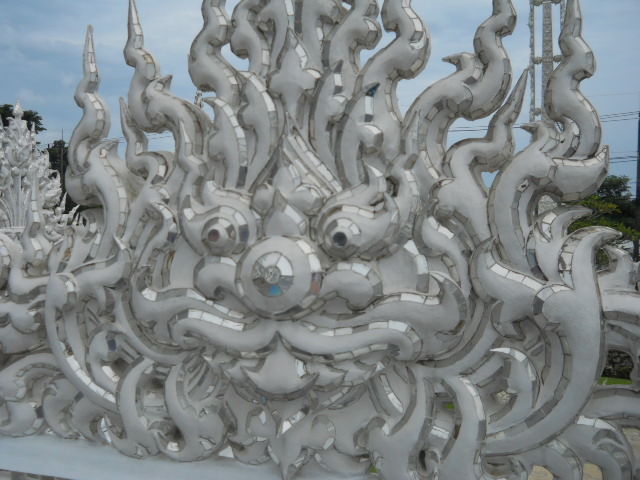 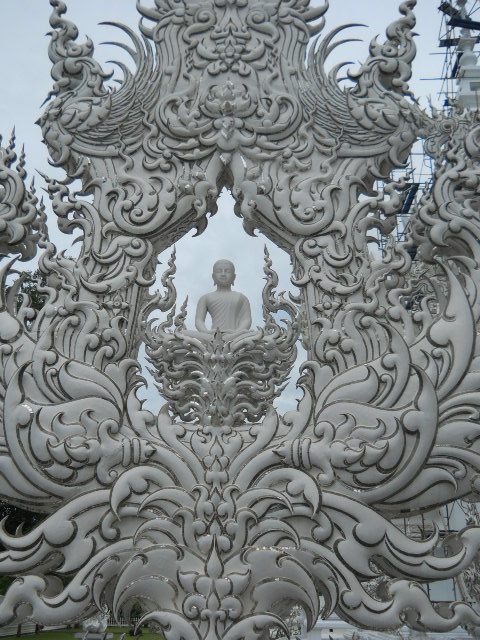 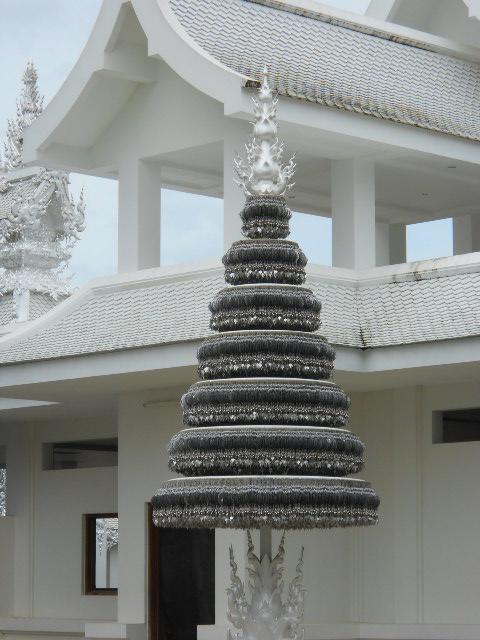 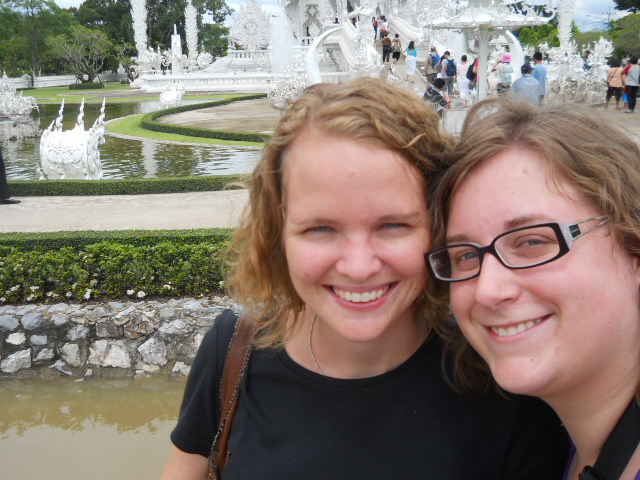 Unfortunately, our tour only allowed for thirty minutes to explore something that need several hours and several times through to truly appreciate it. If I make it back to Thailand, I will most defiantly return.

Our tour continued by taking us to the Golden Triangle. It is named as such because it was here that the three countries, Thailand, Laos and Myanmar, would trade opium, one crumb of opium for one crumb of gold. Three of us, Lydia, myself and a Brit named Jamie, had not paid for the extra boat ride. We walked around and for an hour, stopping at a little café for some smoothies. 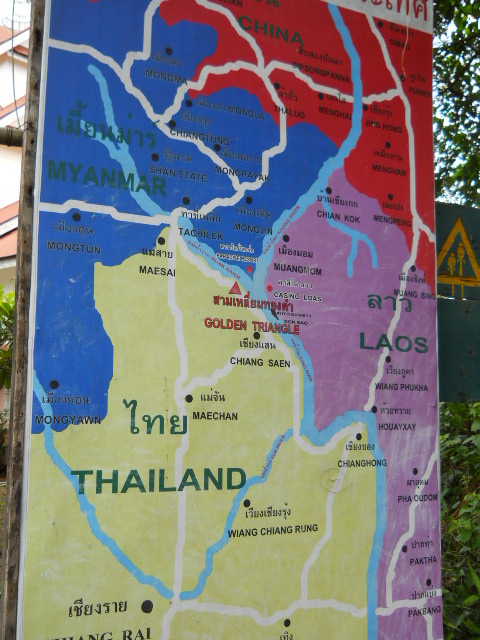 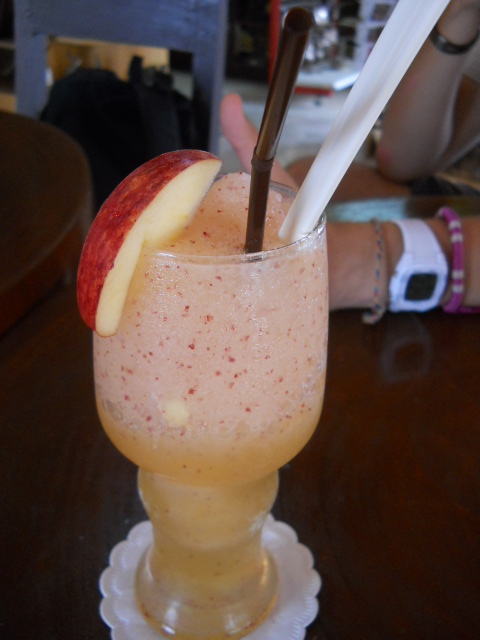 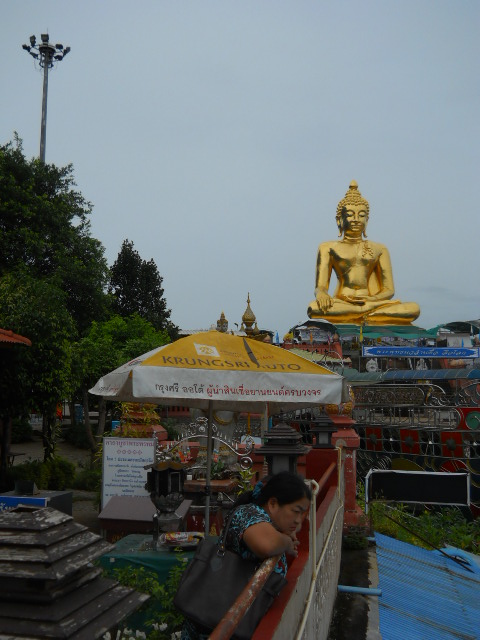 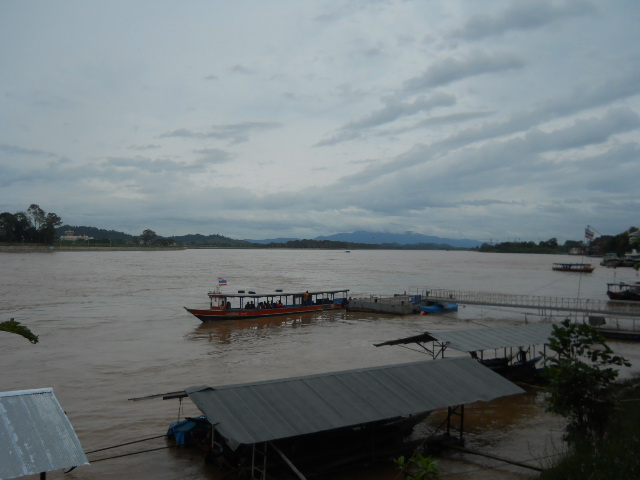 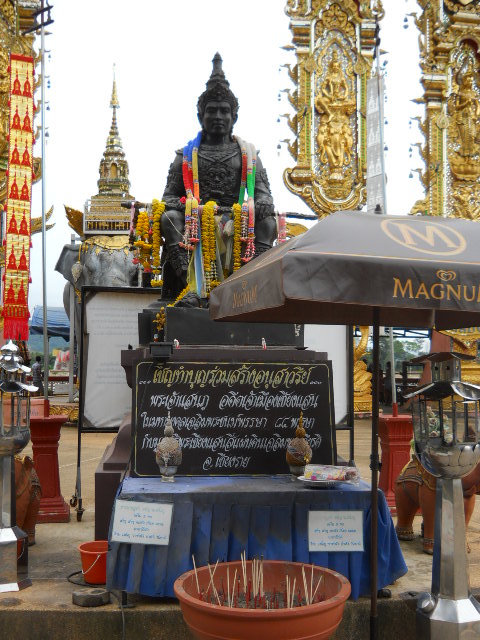 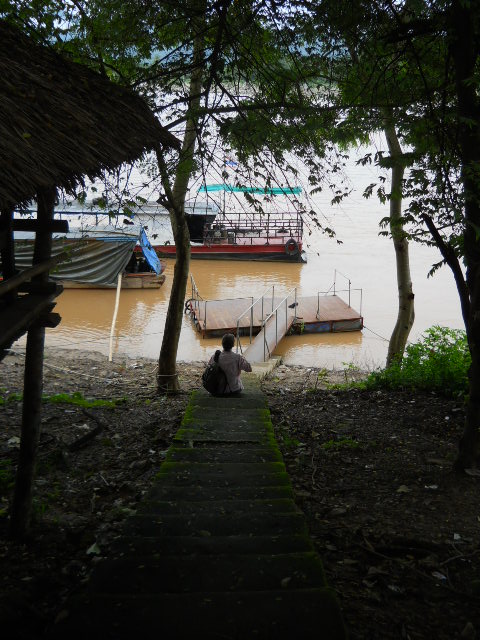 Our bus then headed to the Thai border with Myanmar. This was the whole reason Jamie had booked this particular tour, he had to make a visa run because his Thai visa was about to expire. While he was doing that, the rest of us walked around stalls of knock off name brands. Twenty minutes later, Jamie returned with a pretty new stamp in his passport and our bus head on its way. 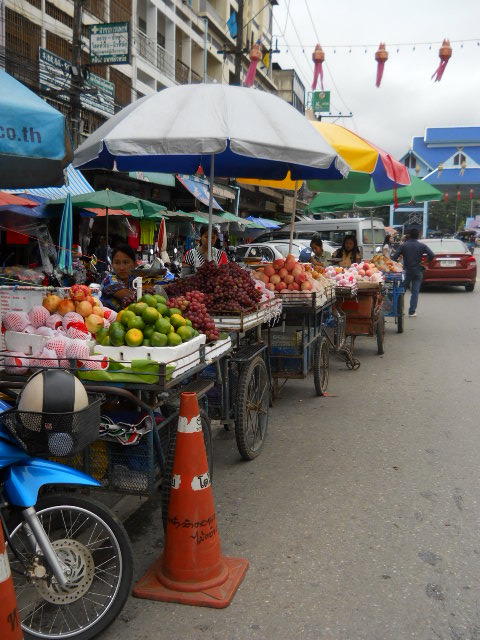 Our final stop was the village of the Long Neck People, another extra on the trip. Since Lydia and I had decided not to pay the extra, we spent the time walking along the road that we had driven on to get there taking photos of the stunning views. The mountains were so lush and green and the clouds hung low around the mountains. 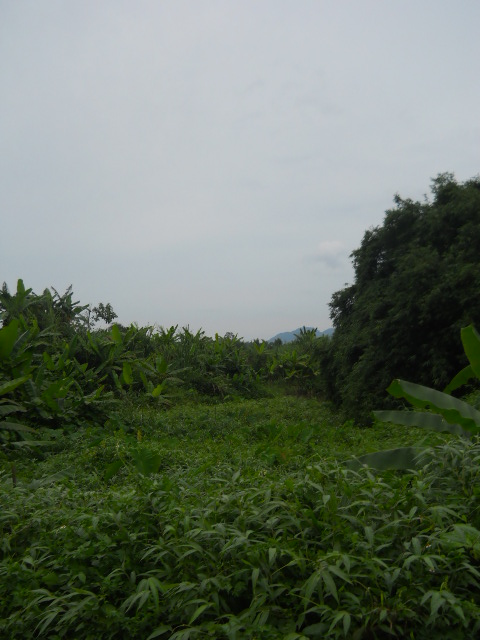 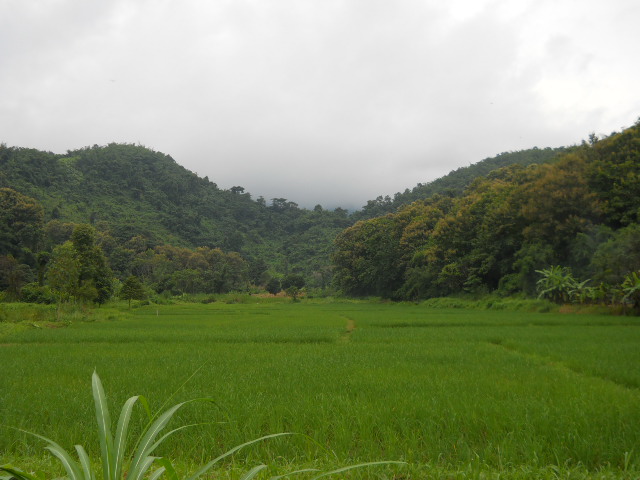 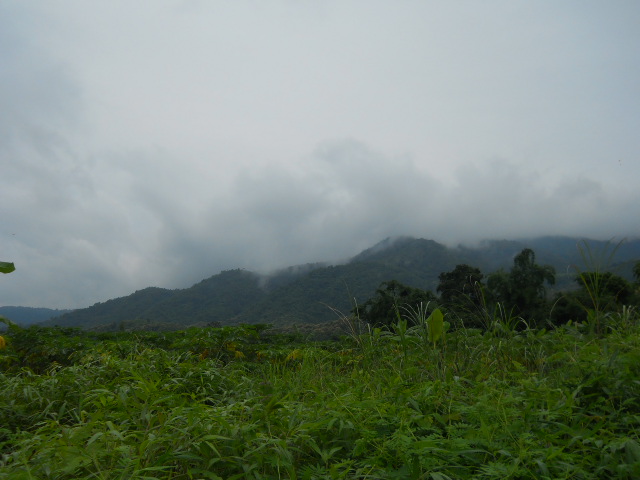 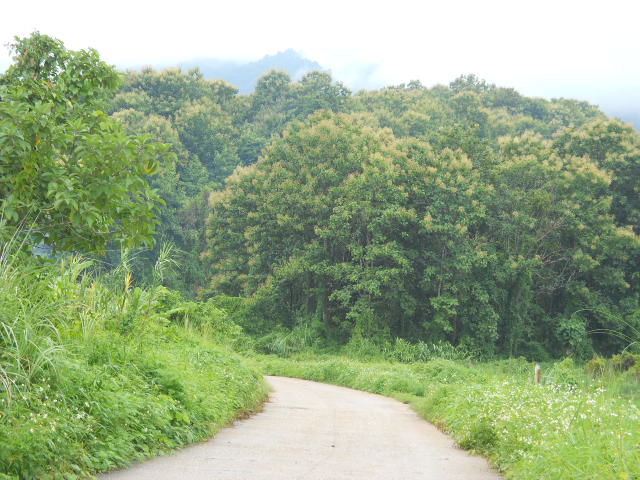 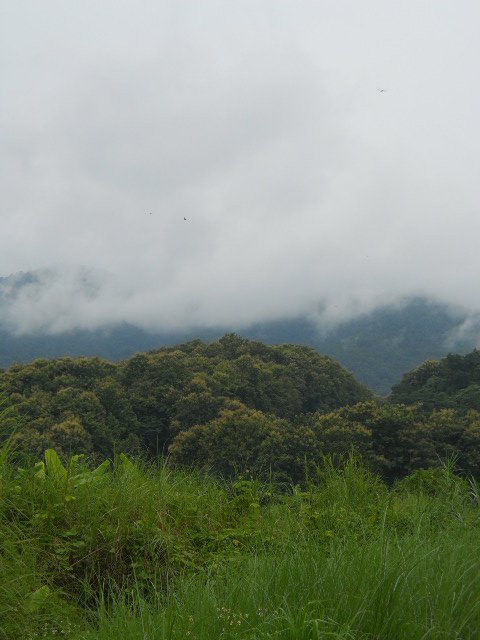 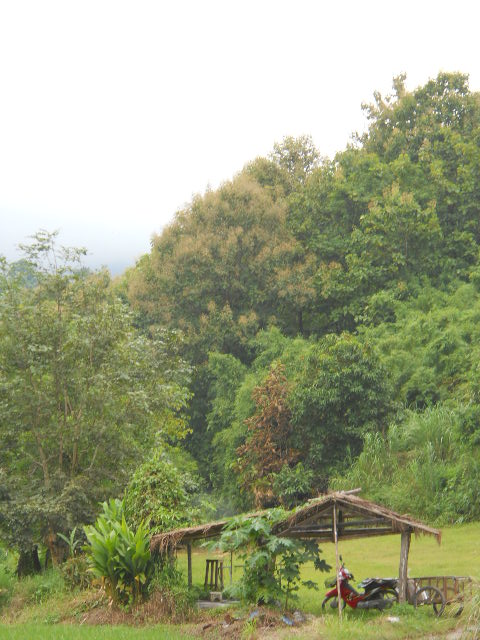 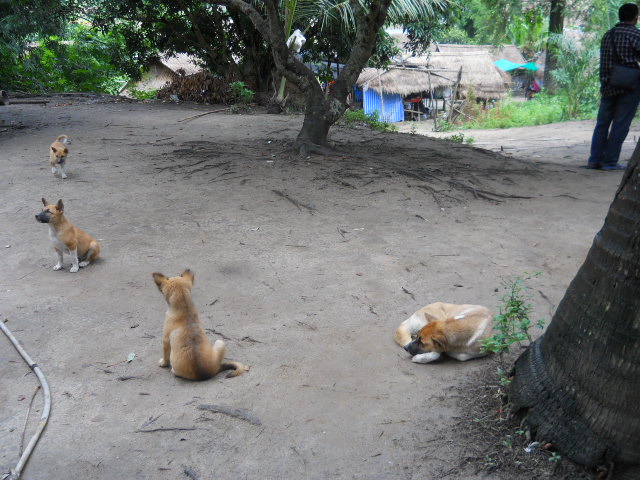 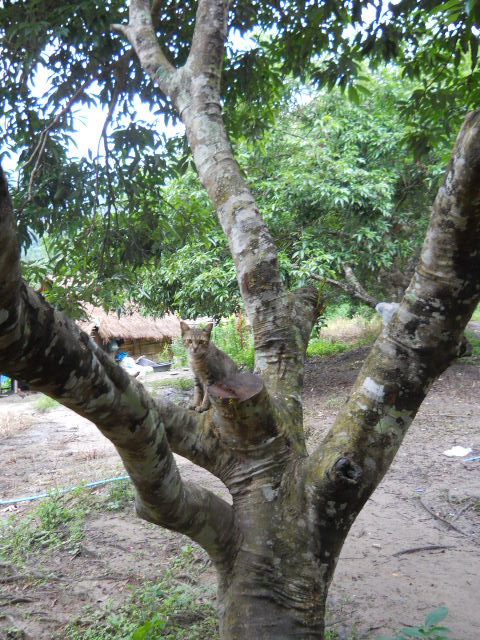