It's the Astana Day, the day that celebrates the founding of the capital city of Astana, in Northern Kazakhstan. It also happens to be President Nazarbayev's Birthday. Even though I am living in the city that Astana supplanted when it became the capital, it is an official holiday, meaning that I had the day off work today. To celebrate, Antoine and I went to the Central Museum of Kazakhstan.The museum, which is the one I was trying to find last weekend, is located near Republic Square and the Presidential palace. Unfortunately, photographs of the exhibits were forbidden. 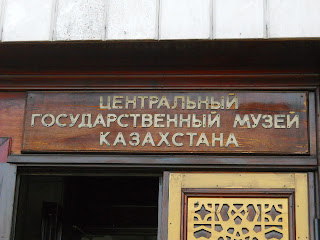 The Museum had four main rooms, which included a room dedicated to archaeology and the prehistoric people that inhabited the territory of Kazakhstan. On the landing between the first and second floors were replicas of period costumes, including a replica of the Golden Man, whose burial place was unearthed not far from Almaty in 1969. If you look at the top of the spire in Republic Square, it is his likeness that is riding the white leopard.
The second room was dedicated to the Kazakh people, their clothing, their culture, their crafts and their weaponry.  The third room was dedicated to the different diasporas that live in Kazakhstan and to the Second World War. As I was reading out the names of the nationalities to Antoine, I couldn't help recall my Central Asian history lessons. Many of the Russians, Belorussians and Ukrainians relocated to Kazakhstan under Khrushchev to till the Virgin Lands. But, the Germans and the Koreans were forcible relocated to the region on the orders of Stalin. The Chechens, the Ingush and the Greeks, who were also special settlers of Kazakhstan under Stalin and into Khrushchev's tenure, were noticeably absent from the displays of clothing and memorabilia.
The fourth room, the one that I really wanted to photograph, was dedicated to Nazarbayev. Perhaps, I'm not being fair, the room was officially dedicated to "The Independent Kazakhstan," but pictures of the president were prominent in the majority of the displays, including a red and white carpet commemorating a meeting of the Central Asian leaders in 1995.
The museum also houses collection of gold, but it was 1300 Tenge to go behind the vault like door and I am a poor graduate student, so I passed.
Overall, I was most surprised by how few people were at the museum. In many of the rooms, the only people, besides Antoine and I, were the docents, who followed us around like hawks to make sure we didn't touch the replicas that weren't behind glass. 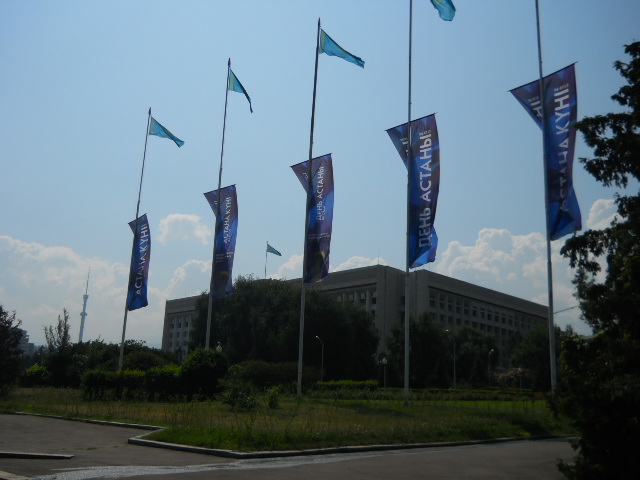 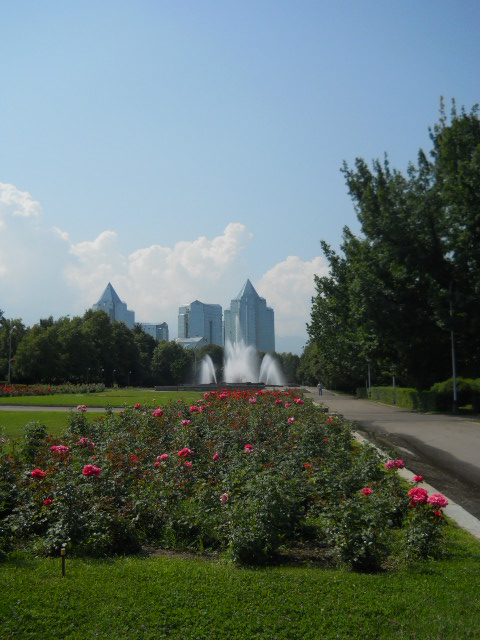 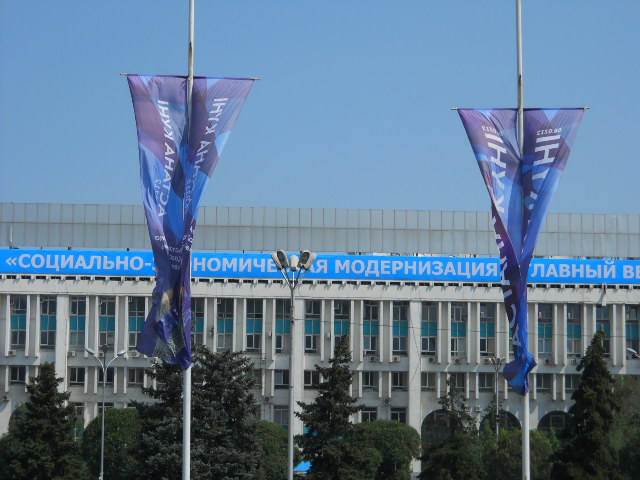 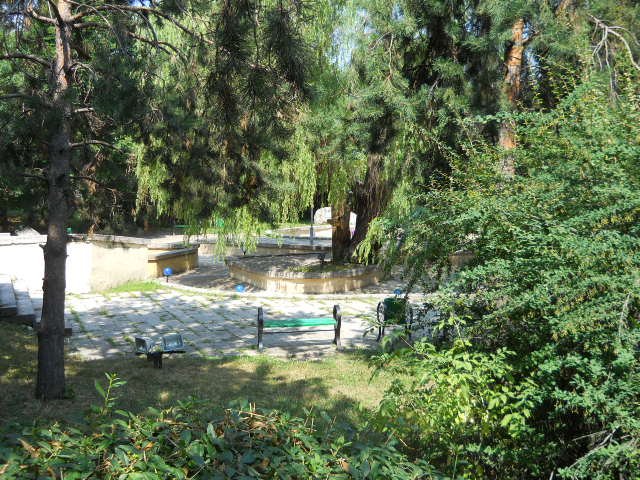 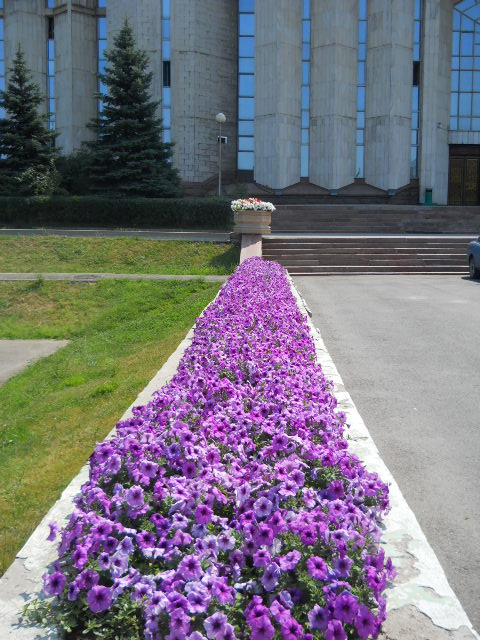 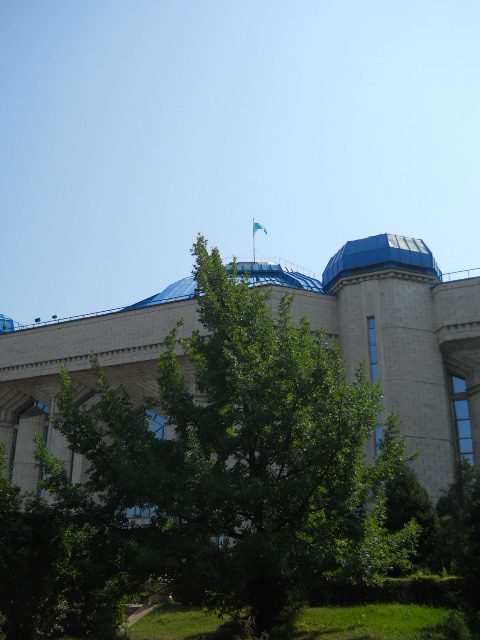 Can't forget the other important holiday this week. It was the Fourth of July on Wednesday. I received a greeting from my roommate, who is still in Kyrgyzstan, wishing my American half "Happy Independence Day." There were no Scottish restaurants or ballets this time round (to clarify, read the last two years of my blog). Instead we, the three Americans at the Eurasia Foundation, treated our colleagues to small party. Jessica, Mariana and I, bought Red, White and Blue fruit and attempted to make an American flag. Mariana joked that it turned out to look more like a Puerto Rican Flag. I guess its fair, Mariana is Puerto Rican.
The mini-party was a welcome break from work and everyone seemed to enjoy it. It was also healthier than most of our parties.
After work, we, including Antoine, went and had Shashlik at our little hole-in-the-wall Shashlik restaurant. It wasn't barbecue, but it worked just as well. Then it was back home and to sleep.
I hope everyone had a wonderful holiday! 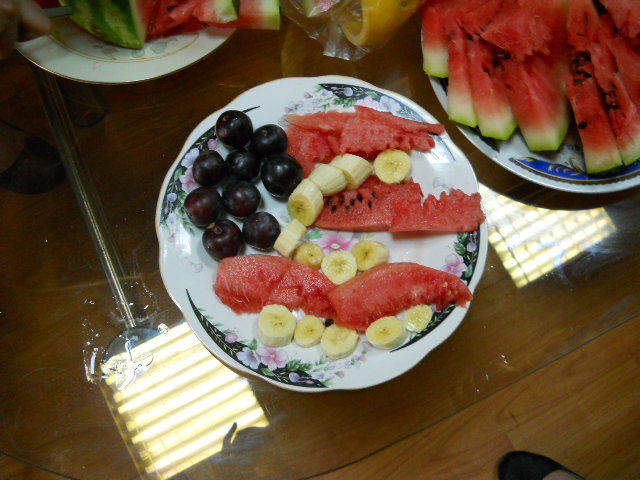 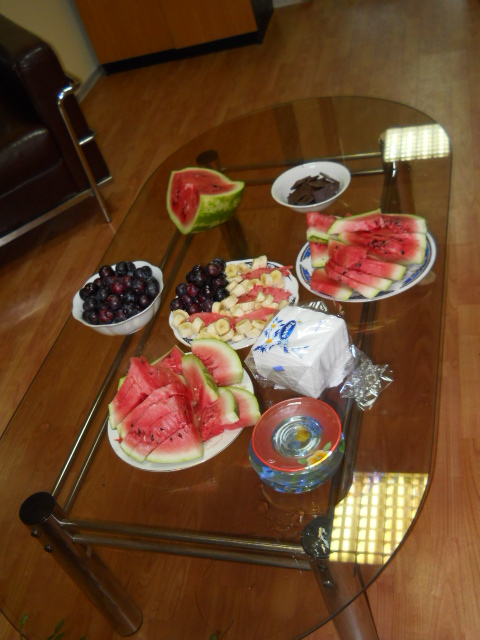 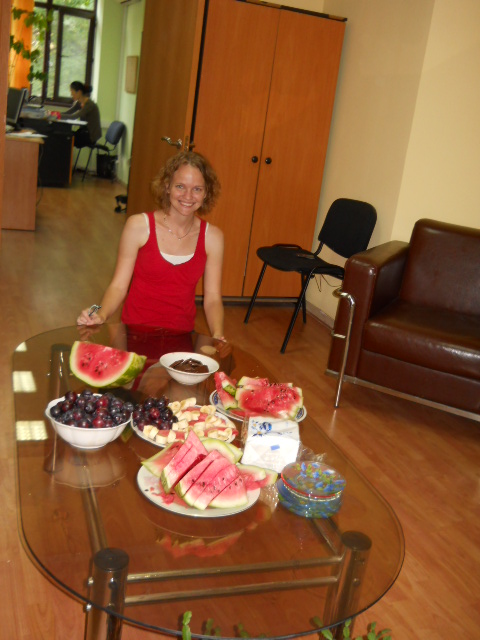 Here are some photos from walking around town last weekend, I was trying to find the museum. To be fair, the map has the museum located near Panfilov Park. 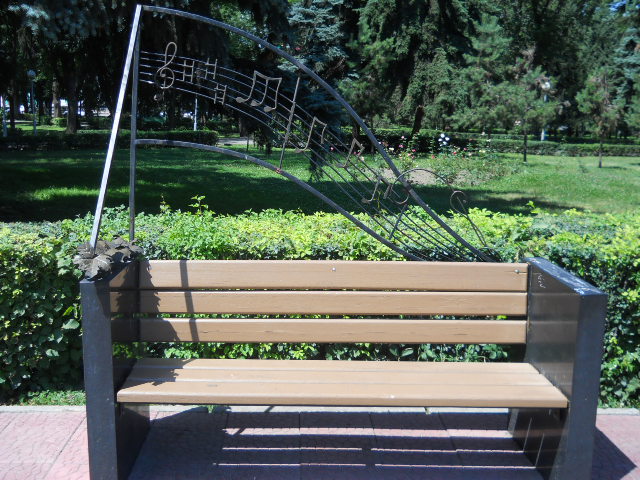 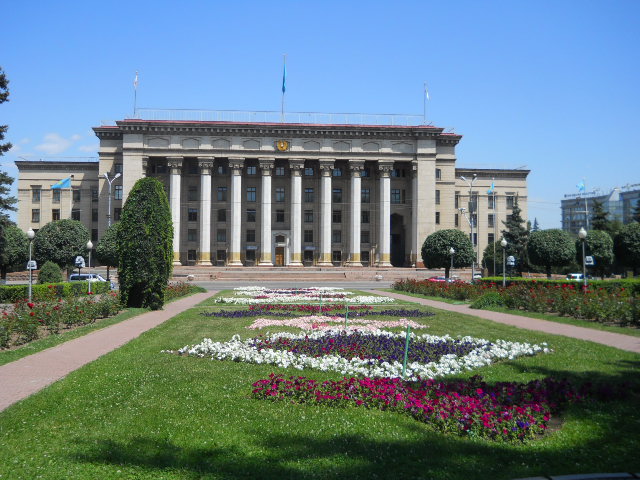 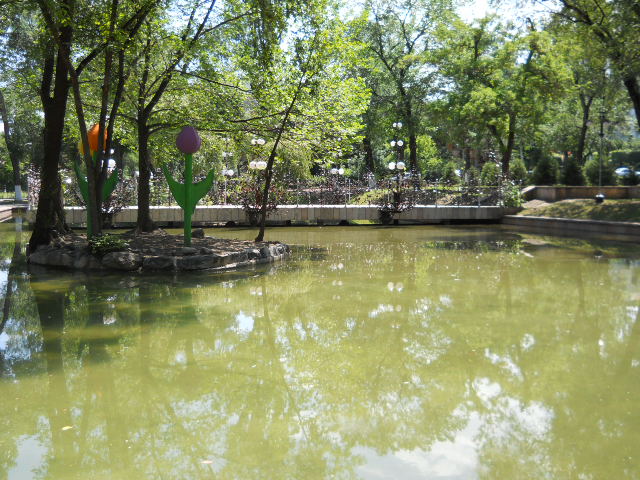 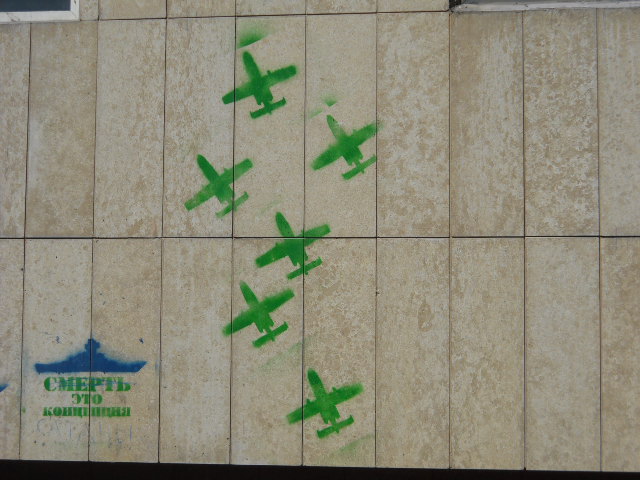 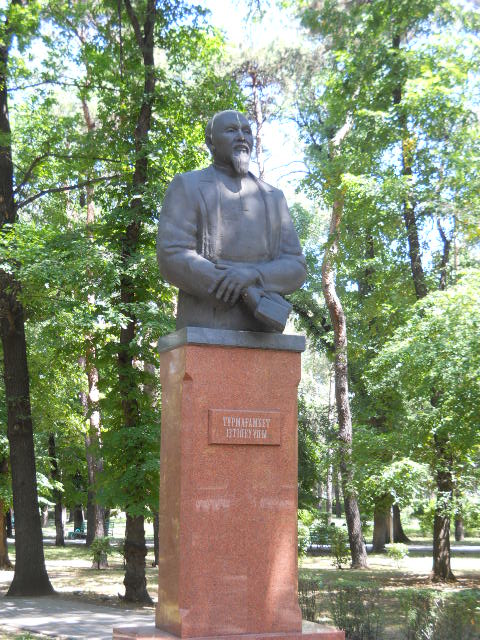 I would like to dedicate this post to Henry, a dear friend and neighbor, who passed away yesterday. I will miss him greatly.