Mind the Gaps...In the Road 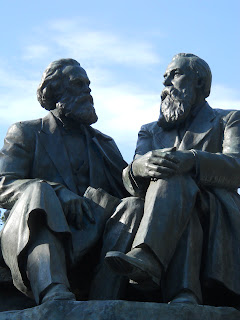 As is my custom, I chose the morning to walk around the city preparing for forecasted 100 degree weather during the afternoon. I started by walking along Chuy but then found my way into the parks surrounding the monuments. After wandering around in the shade, I found a bench and curled up and read for an hour or so. It seems to be a popular pass time here, I was one of many using the park to read. After my nook began to loose power, I continued walking. I wandered through Panfilov Park (yes there is one of those here too), an amusement park like Gorky in Almaty. From there I went down to the Orthodox Church, but I didn't go inside because I was in shorts and didn't feel comfortable, especially during a service. 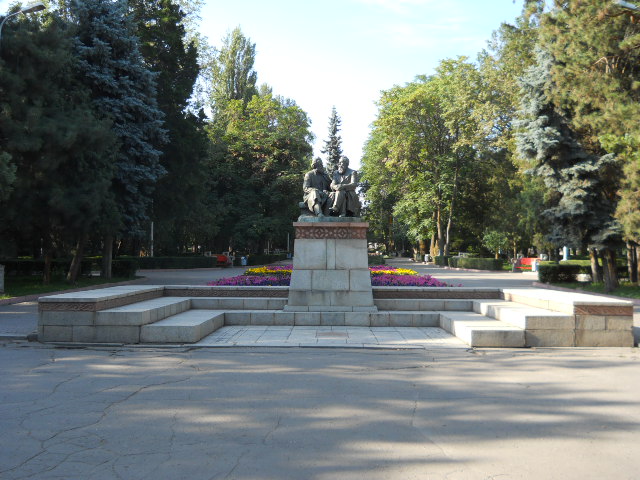 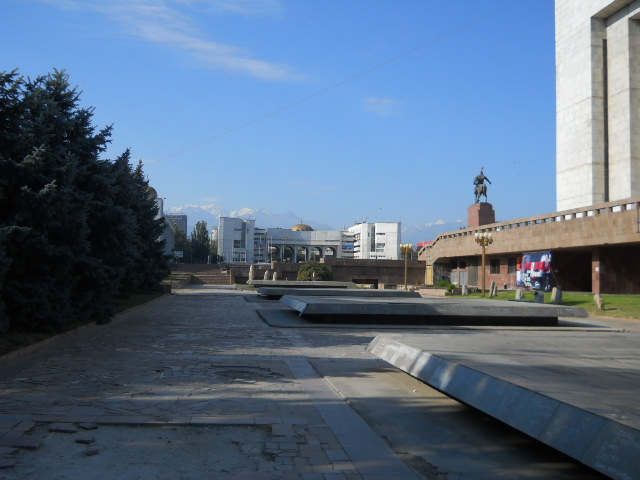 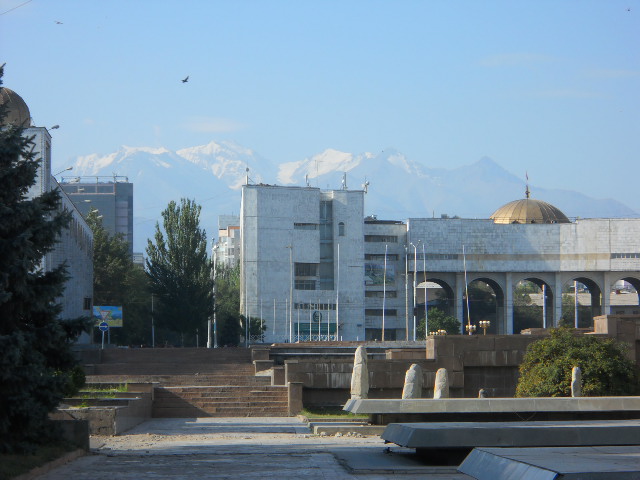 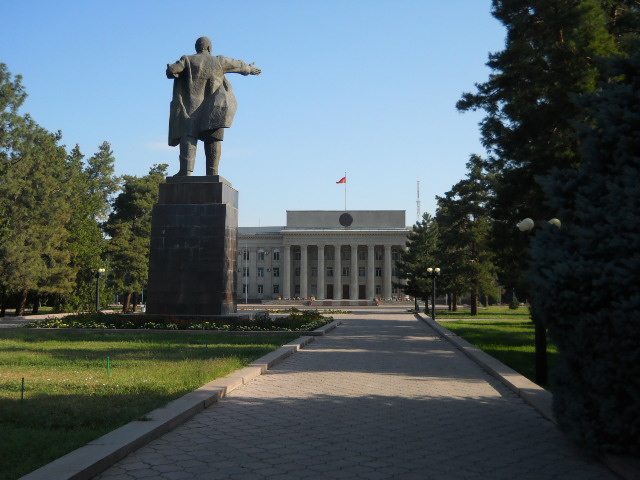 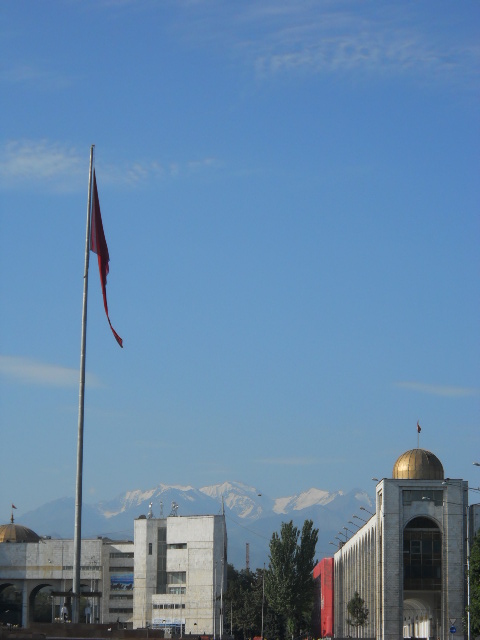 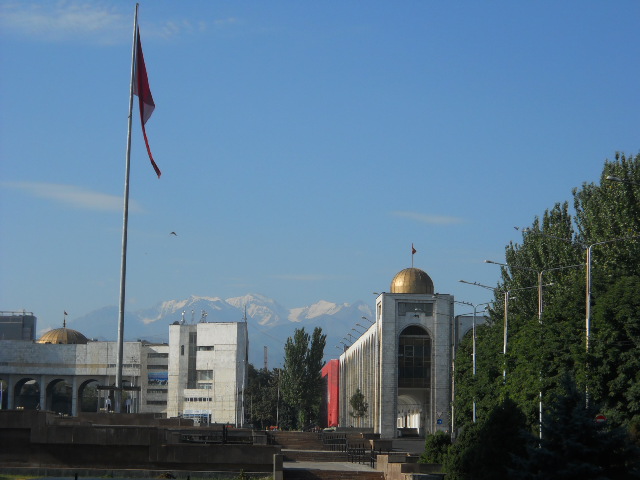 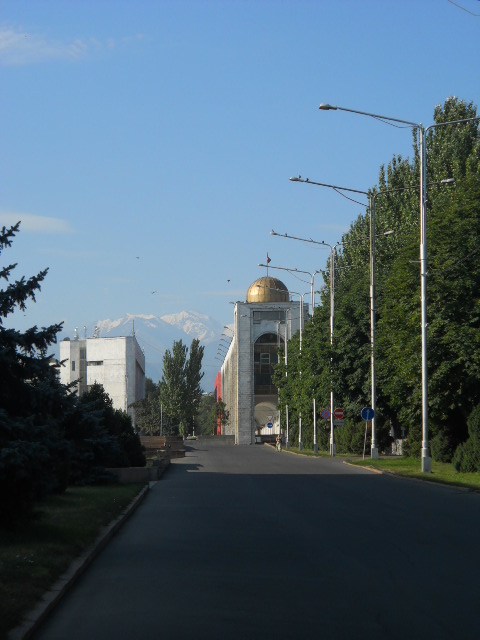 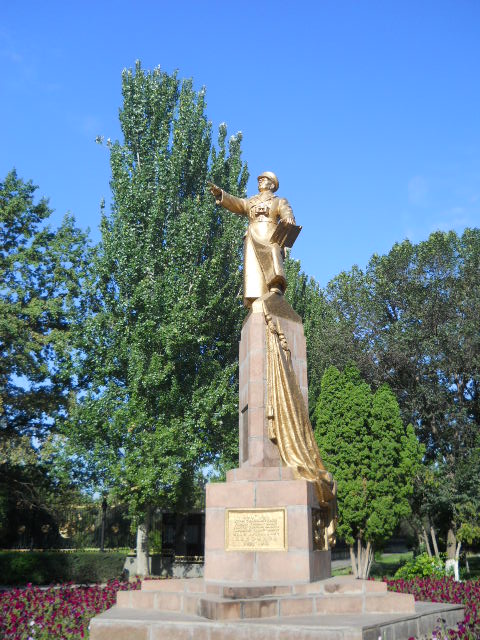 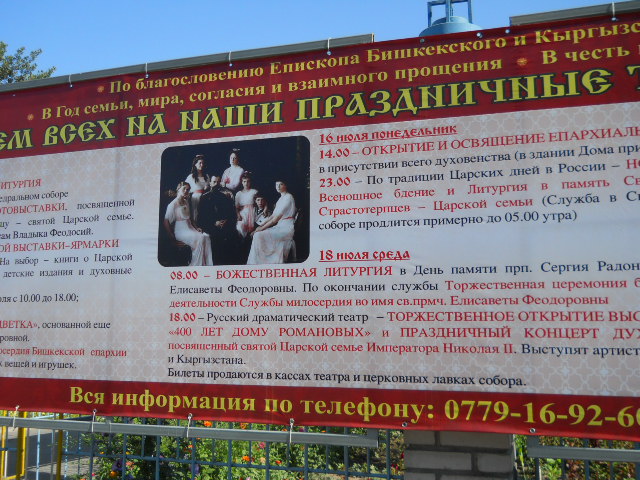 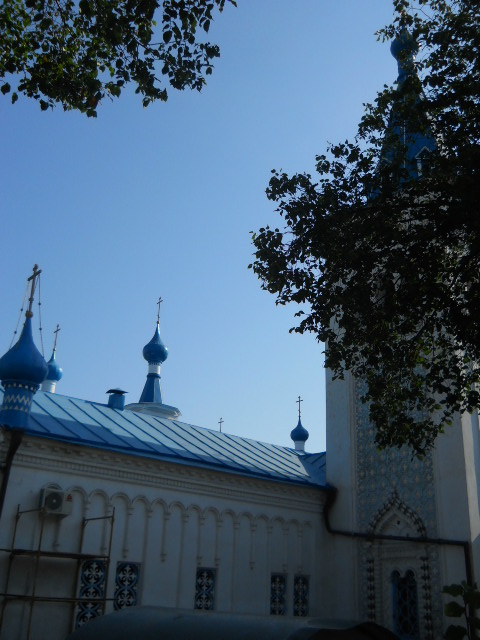 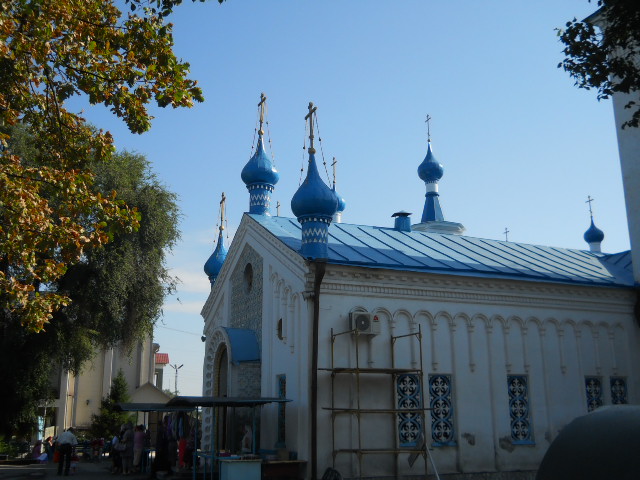 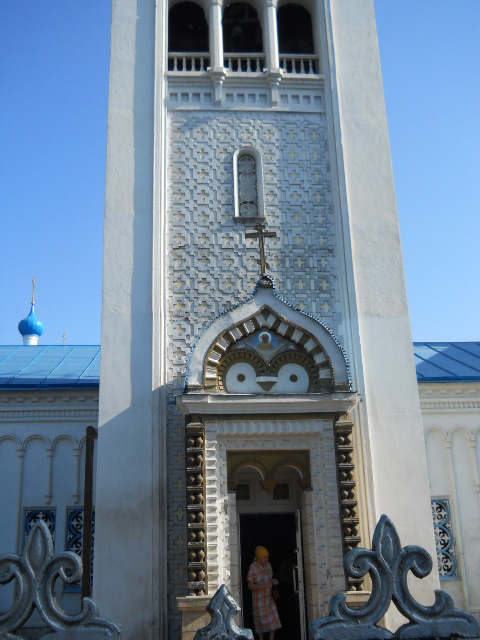 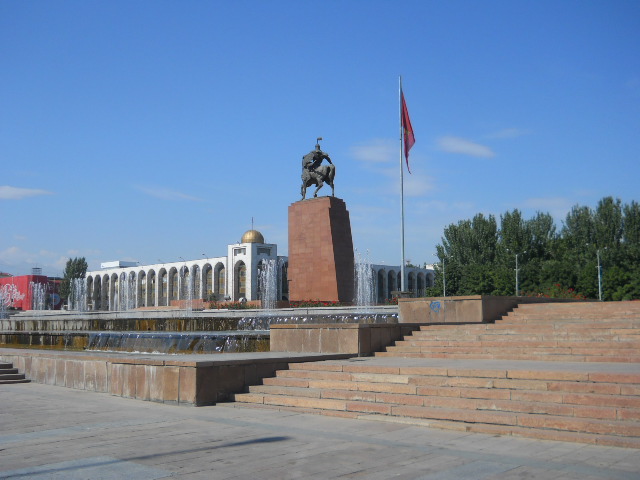 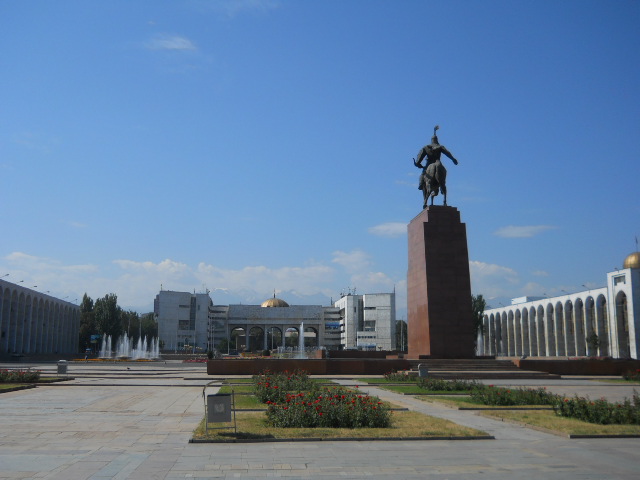 After the church, I wandered back to the museum behind the statue of the man on horse back and the large flag. It was rather small and unimpressive, much like the one in Almaty, though not so empty. There were two dozen military cadets milling about the museum. My perception of the museum is probably skewed  because I was made to pay the foreign student price, which is twice that of a Kyrgyz adult admission, the foreign adult price is six times the Kyrgyz adult price. The museum had national costumes, artifacts from early Kyrgyz history, including many rocks with engravings and an exhibition of carpets. There was also an exhibition of the Soviet Military, with different types of weapons and reliefs picturing Lenin, this is where the cadets spent the majority of their time. The docents glared at me taking pictures even though I paid extra for the privilege. Overall, I spent less than an hour in the museum. 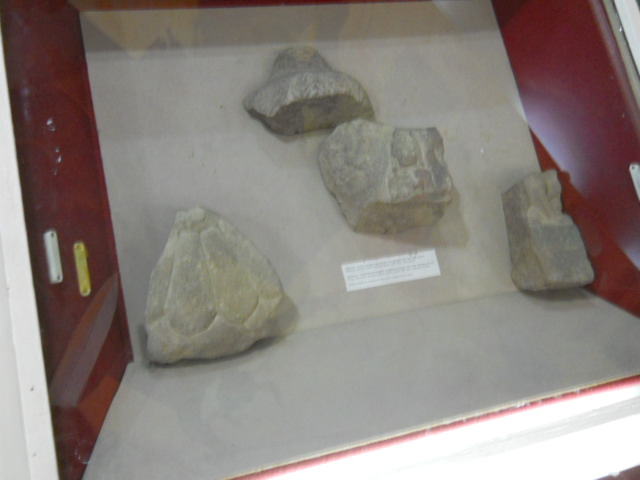 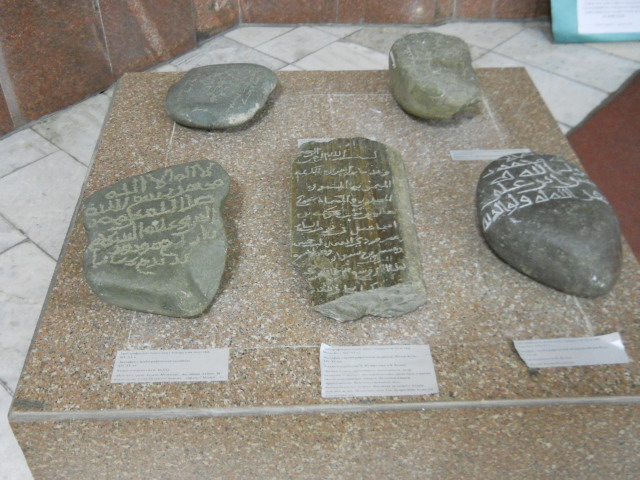 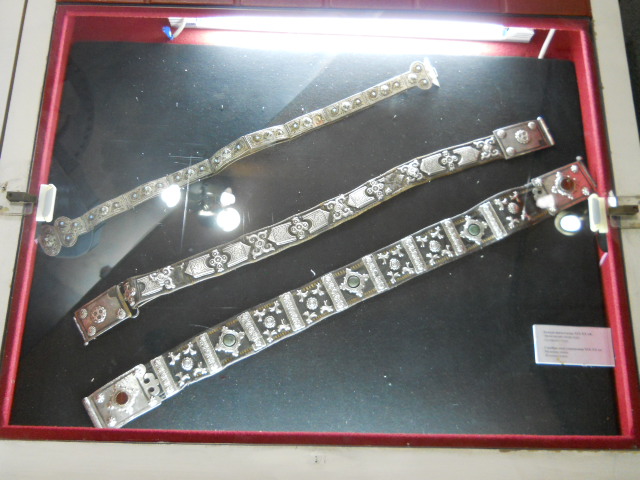 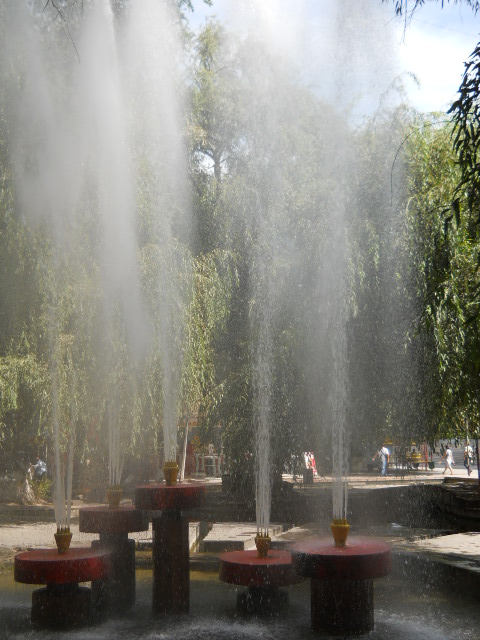 In Bishkek, I've learned its important to watch where you step because here, more than any other place I've been, the roads are hazardous to pedestrians. On every street, I've seen holes, usually at the seams between pipes, where the road has collapsed and you can see the fast flowing water underneath. There are also open manholes, but that's something to look out for in Kazakhstan and Russia aswell. 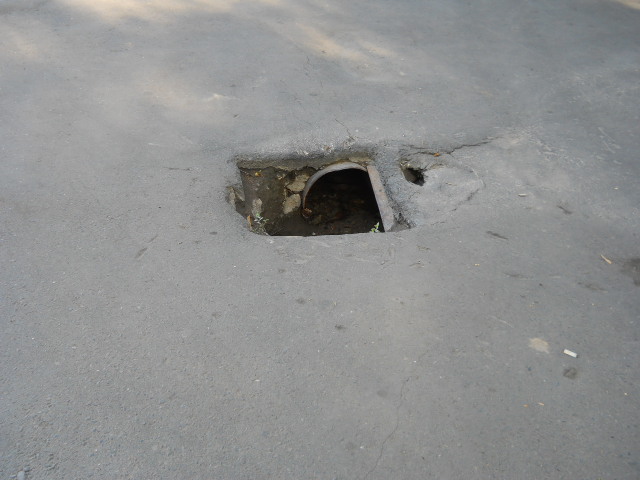