Arriving in One Piece... Not As Easy As It Sounds

Getting to Kyrgyzstan
If you look at a map of Central Asia, Almaty and Bishkek are very close. In fact, if you decide to fly, the flight is only 40 minutes (but they do give you a meal). Instead of flying, I decided to take a shared taxis from Almaty to the border, three hours, and then a mashrutka (mini-bus) from the Kyrgyz side of the border to central Bishkek, forty minutes.


The private taxis to Bishkek congregate outside the Sayran bus station. It's a little out of the way, so, I hailed a taxi to get me and my suitcase there. As I stepped out, my driver announced to the Bishkek taxis drivers, "you have a passenger, she's English but she speaks Russian." The taxis drivers came over to ascertain whether this was true. One told me that he had never heard an English speaker speak Russian and thanked me for it. The system for hiring a taxi to Bishkek is that you can either buy the whole cab for yourself and leave right away, the price tag is 10,000 KZT, or you can pay 2,500 KZT and wait for the cab to fill up with other passengers, which is what I did. Thankfully, it only took about twenty minutes to fill up and we were on our way.

As we left Almaty, it was quite obvious we were leaving a metropolitan city. For the first fifteen or twenty minutes, we traveled through the industrial part of town. it was dirty and grimy and the picture of a soviet-era industrial city. Once we cleared that, we passed through small towns and auls. Most of the little auls had small mosques at the center and little cemeteries with graves that looked like miniature houses and usually a small mosque with its crescent moon facing Mecca. As we drove further in to the steppe even the little auls became scarce. Occasionally, we would pass a herder on his horse tending his sheep or cows, but other than that, the foothills were still.

The ride itself was interesting. My driver was nice and I sat up front, a place I had chosen strategically to combat my motion sickness. However, the ride was punctuated by rapid deceleration and the driver frantically grabbing his seat belt to make it look like he was wearing it when ever we approached somewhere that was a likely or verified speed trap. At one point, the other woman passenger, in frustration, muttered, "they [the police] hide like cockroaches."

Then there was the time when the driver decided to drive on the wrong side of the road. I don't just mean that he was driving in the middle of the road because the white lines are just for decoration, which is normal. This time, he pulled into the opening between the two sets of lanes and began driving into incoming traffic. This caused quite a reaction from the other three passengers in the back who started yelling at him and asking him why he was doing such a thing. He replied that there was a sign that said the road travelling in our direction was closed and that yesterday every car was on this side of the road. The other passengers kept yelling at him that it was an old sign and the other drivers travelling in our direction were driving down the correct side of the road. Eventually, he turned around, returned to the opening and returned back to the correct side of the road.

There was no more against traffic driving for the rest of the trip. We stopped once for a rest stop and I had to go buy some candy because the bathroom attendant could not break a 500 KZT for a 30 KZT bathroom fee. We kept driving through the hills when the driver pointed out the carcasses of three dead cows on the side of the road, he said that there had been an accident with them and that cows on the road were the most dangerous obstacle on this route.

Even though the taxis say that they go to Bishkek, in truth they only go to the border, its another 20 km to Bishkek. We got out, collected our items and proceeded through the gates. We were ushered in to the migration office, which had ten or twelve windows. I thankfully got into a line that moved fairly quickly, unlike the line next to me. The cause for this discrepancy became apparent when I reached the window, the woman manning the other window was texting on her phone, even with a patron in front of her. During my five minutes at the window, the officer in front of me was carefully looking through my documents, she didn't help one person from her line. When my passport was safely returned to me, I left the Kazakh border, crossed a bridge over a river and entered into Kyrgyzstan. Their migration office was quiet. The officer waiting looked at my passport and pointed me to a separate room because I am foreign. In the room, an officer took my passport, scanned it, stamped it and returned it to me. I inquired about an immigration card, which I have had to fill out for every other country I've entered, but he said I didn't need it and I was done. So, I left. Outside the official control area, I was bombarded by taxis drivers but Aisulu gave me the number of a mashrutka that goes directly to the cross streets of her apartment, where I am staying. I boarded the mashrutka and bantered with the driver, he wanted me to take him home to the U.S. I said I didn't think he would fit in my case. In any case, he did make sure to let me know when I arrived at the bus stop.

I rested for an hour and chatted with Aisulu's friend Asel, who was at the apartment with the keys, before heading out to explore the city. Bishkek is sweltering, its forecasted to reach 100 on Sunday.  I spent about three hours walking around the city, it took me a good hour to get my bearings. I finally ended up walking down one of the main streets, Chuy street, passed a statue honoring those who died in the revolution, the State History Museum and the giant flagpole and flag and finally the White House. After that, I stopped for dinner and then heading back to the apartment. I think that I will stay in to tonight, I'm tired from the driving and the heat. I get an early start tomorrow, when it is still cool. 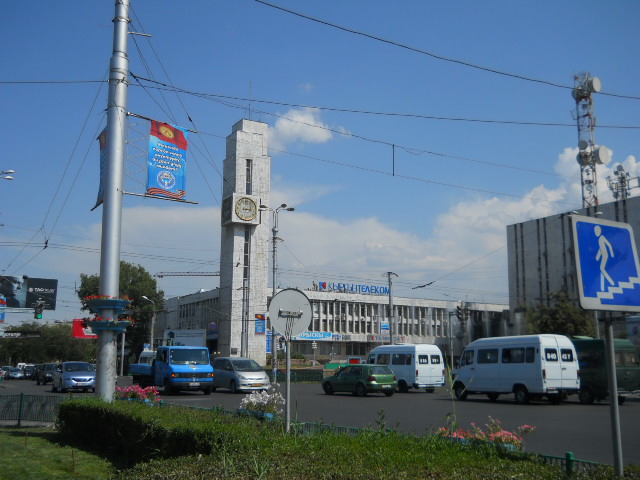 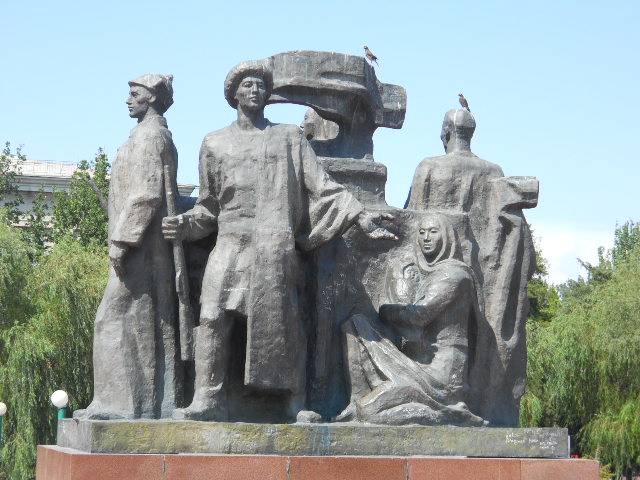 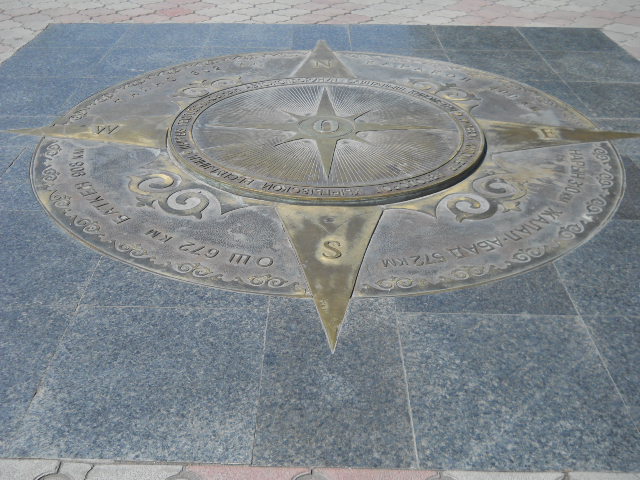 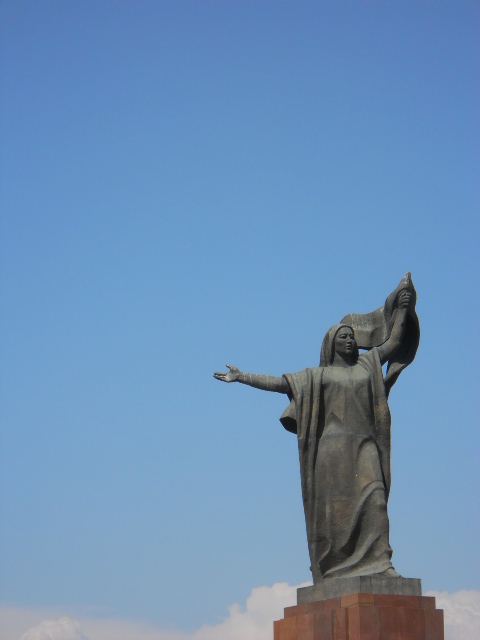 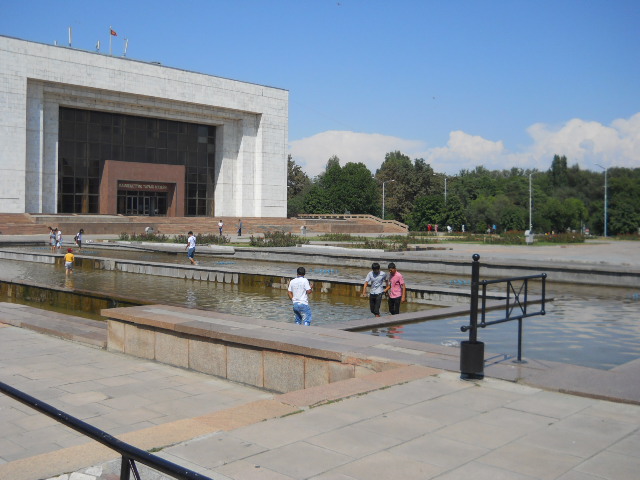 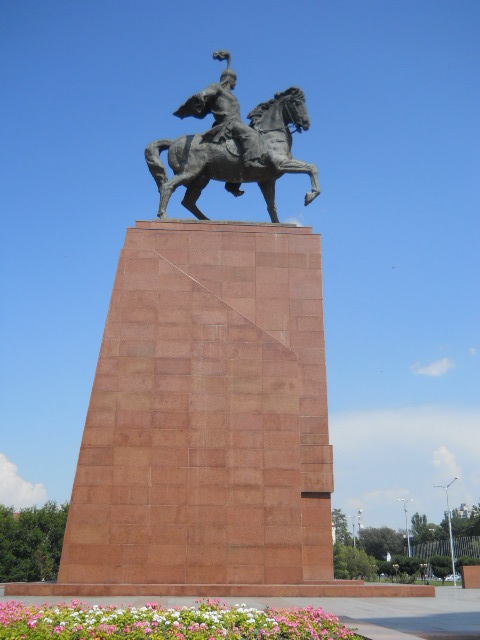 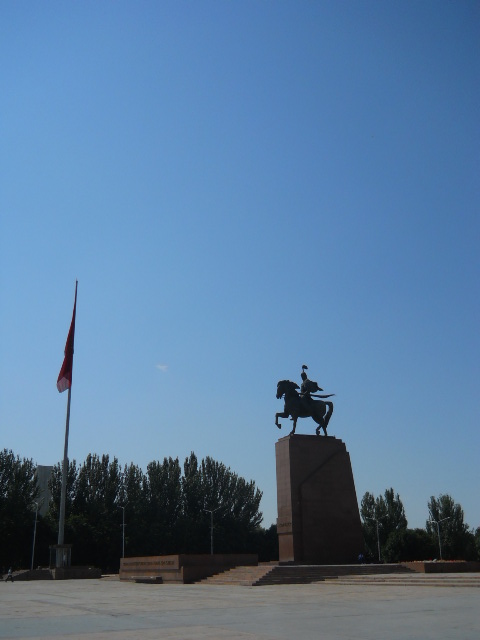 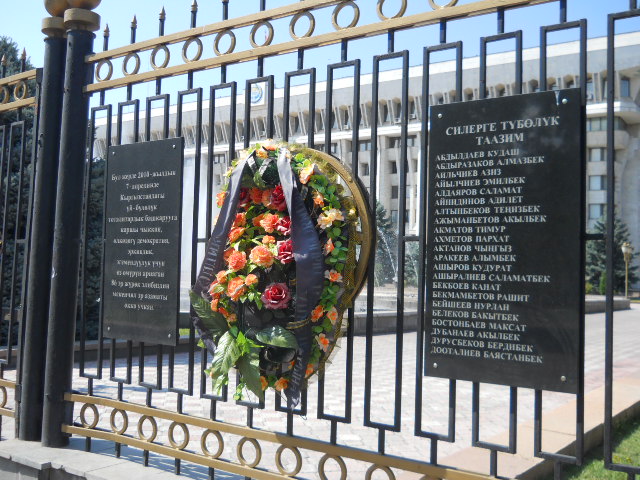 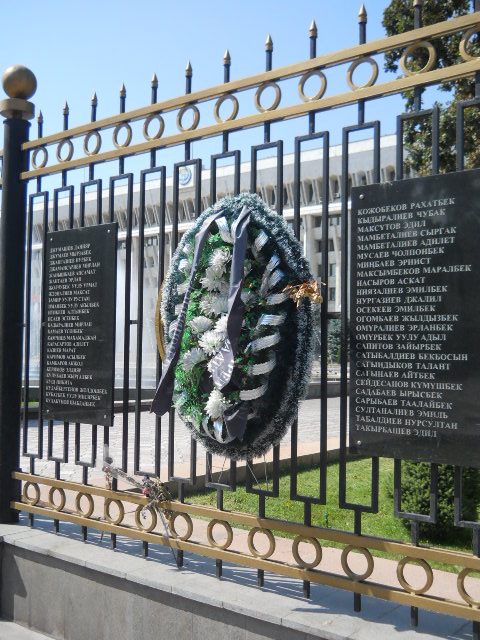 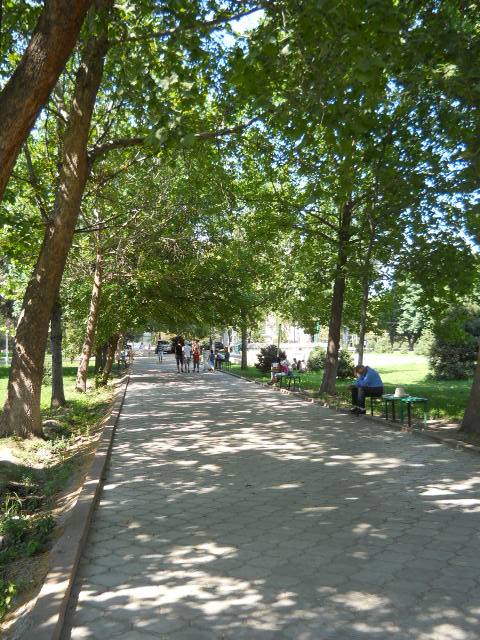 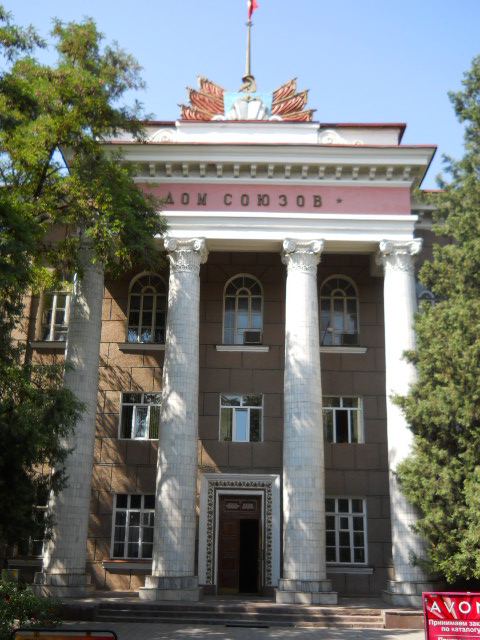 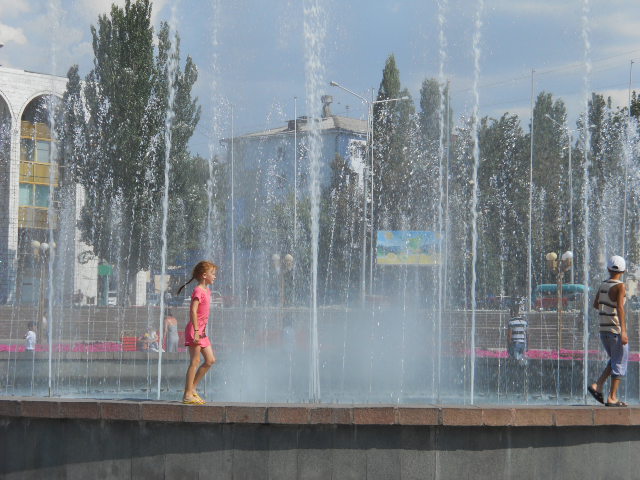 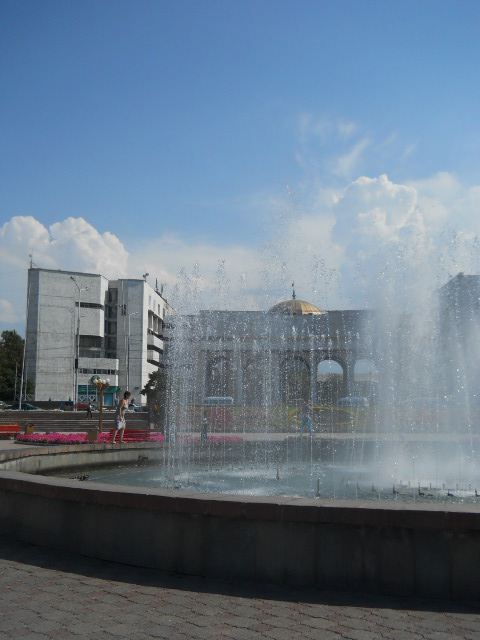 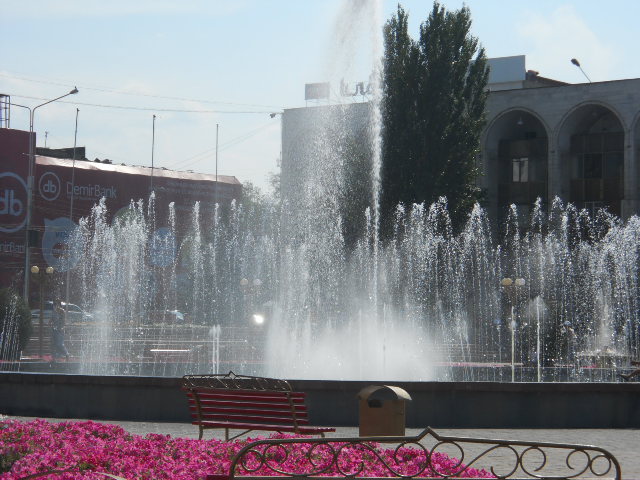 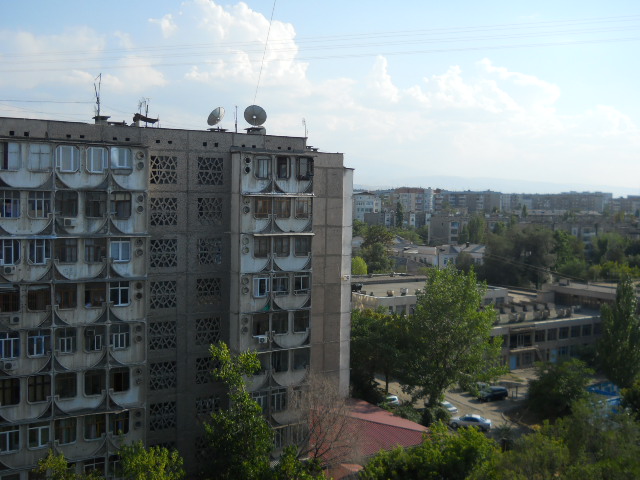