A Walk Around Town

Panfilov Park: The park is named after the 28th Panfilov Battalion, who fought valiantly during the Great Patriotic War. 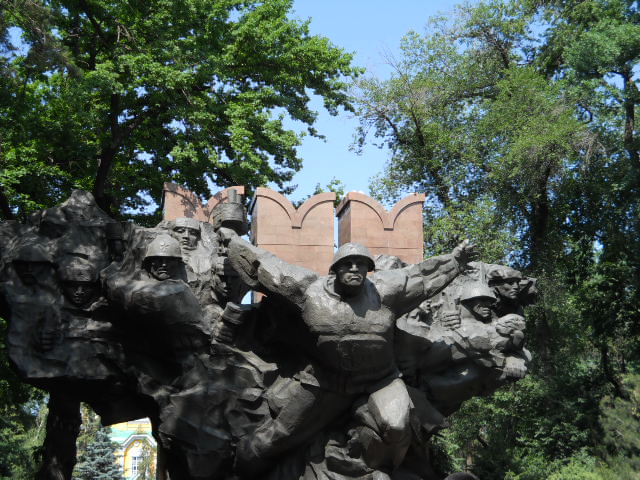 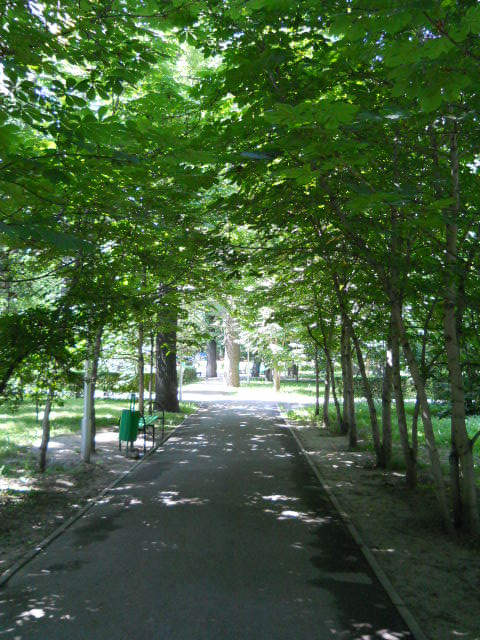 Zenkov Cathedral in Panfilov Park: It is Sunday today, so a service was going on when Aisulu and I arrived at the cathedral. The cathedral was full of church goers and Aisulu and I skirted the edge of the congregation. The icons were not as old as some that I have seen, though they were of good quality, many with silver or semi-precious stones creating the halo. One of the icons caught my attention, underneath the frame a chain hung across the center of the icon, two rings and a diamond pendent were hung from the chain, obviously offering from a devout parishioner. Outside of the cathedral and in the surrounding park there were many things for children to do, including riding a little train, playing in a playground and chasing pigeons. There were also several ice cream stands. Right next to an ice cream stand, in the shadow of the cathedral, was a mojito stand, obviously meant for your after service happy hour. 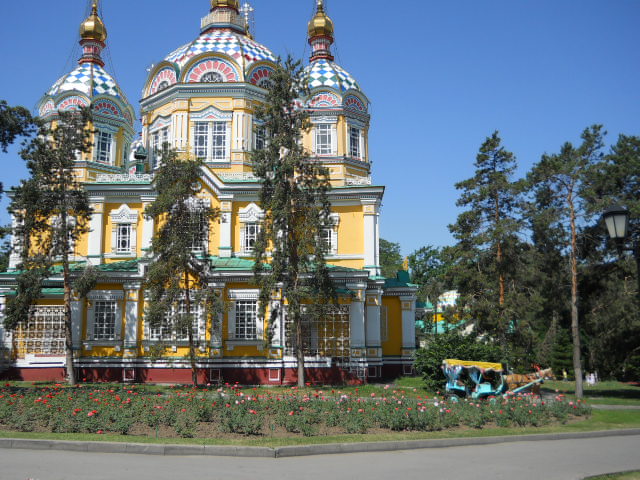 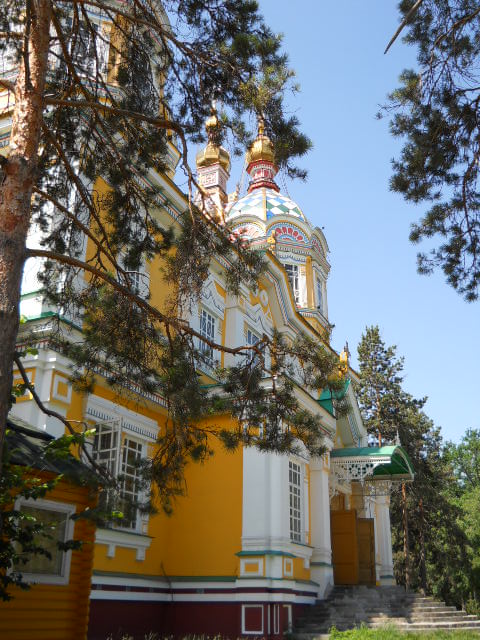 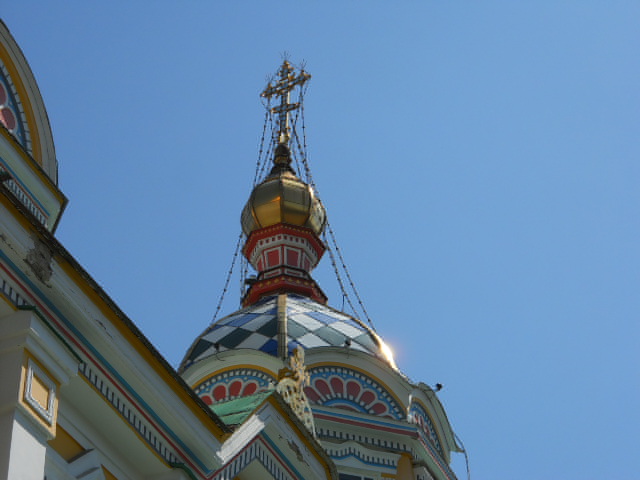 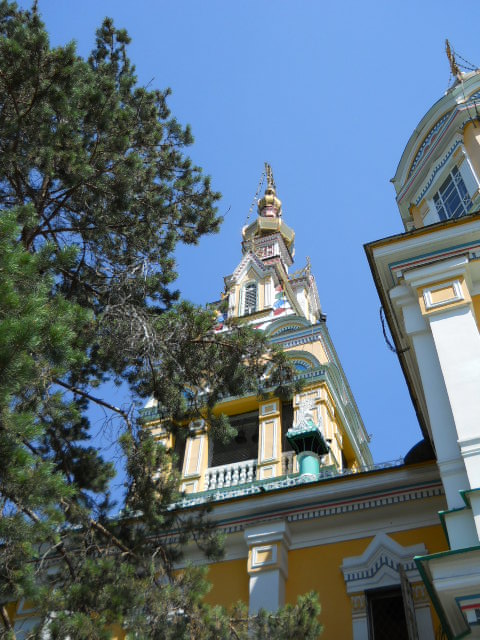 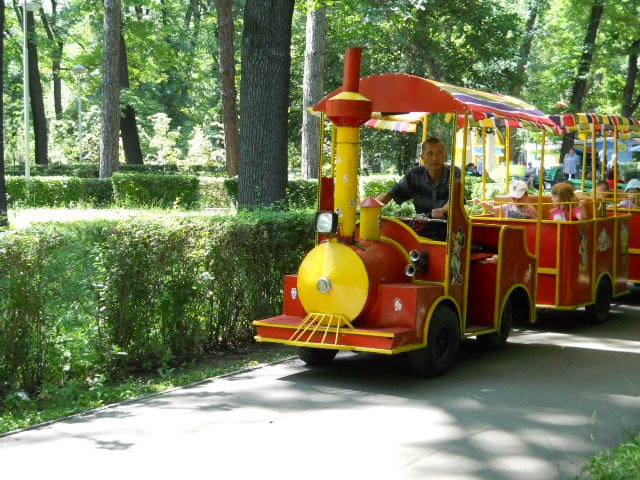 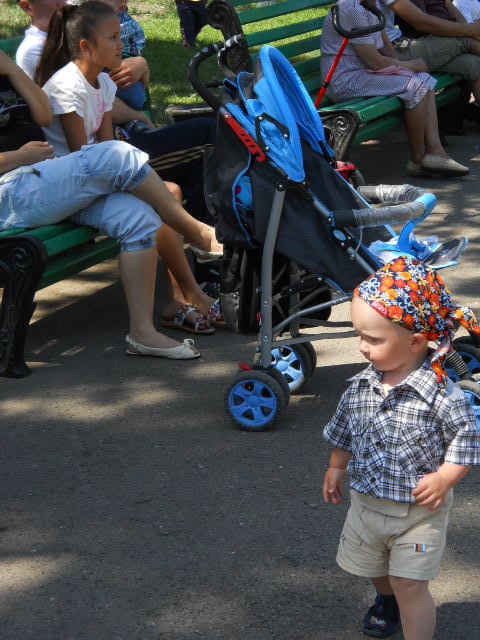 The Central Mosque: The mosque is located near the Green Bazaar, where we went in search of horse heads yesterday. It was built in 1999 but seems to be undergoing some reconstruction work. I was not able to go inside because I did not have a headscarf and there were not any available in the mosque. 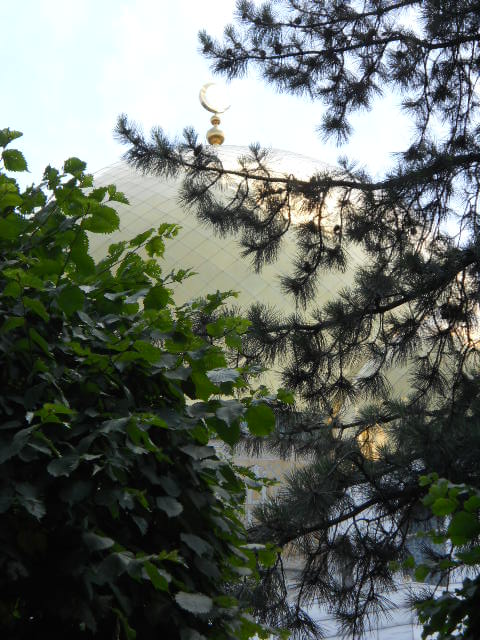 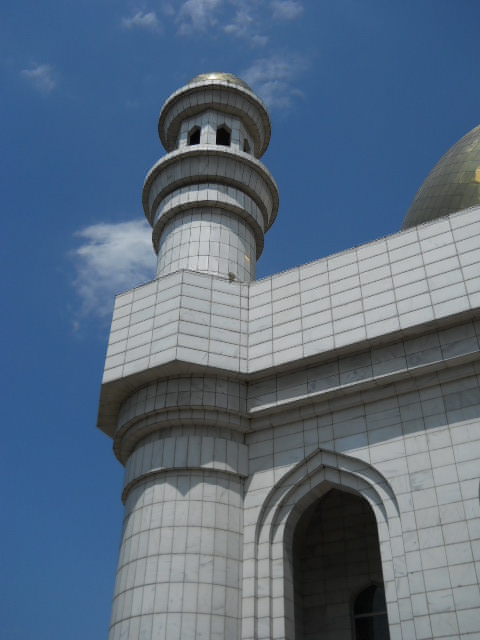 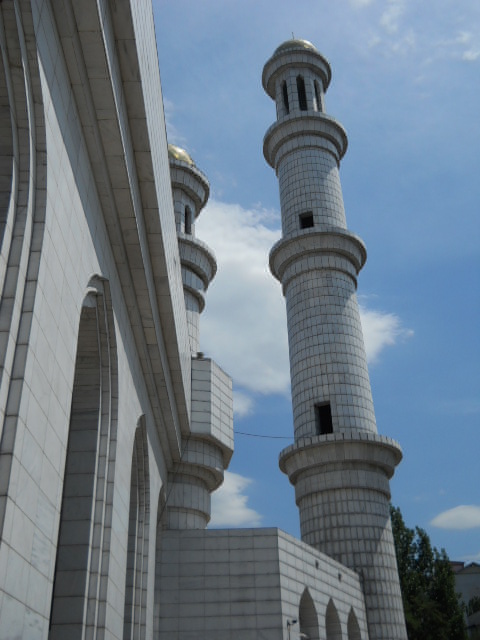 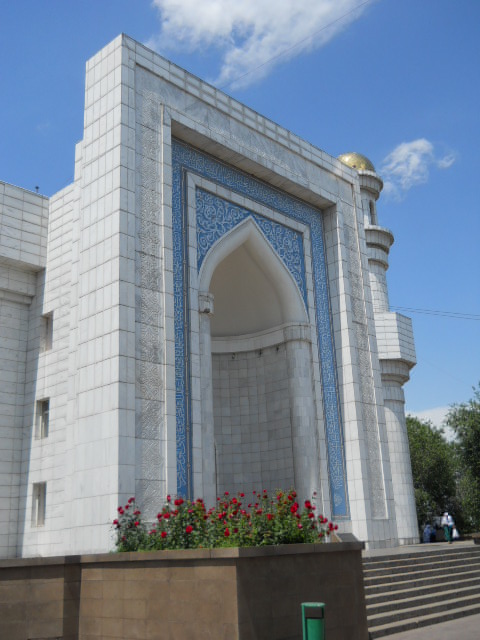 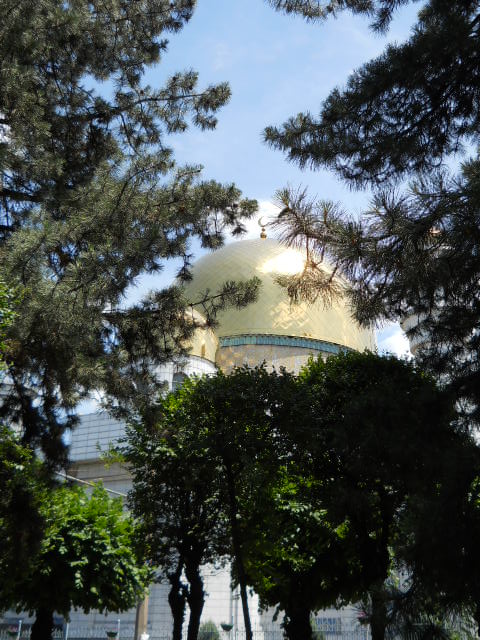