Almaty is not a Morning Person

If Almaty were a person, it would be a teenager who wants to sleep in on the weekend, or everyday for that matter. I use this to my advantage during the week, when I walk to work every morning, its quiet, cool and beautiful. However, this morning, it hit me quite suddenly how quiet the city really is in the morning.

I left the apartment early because our landlord was stopping by to pick up the money for the utilities. He still does not know I live here because we're worried that if he found out he would raise the rent because there are two people living here. I left the apartment just after 7 and began the walk to the Green Bazaar, I was on a mission to get a new pair of shoes to replace the ones that finally gave out from Russia. I chose to walk through Panfilov park again, which this time was silent and still. Using my camera, which is currently being held together with a hair tie, I walked around the park and took pictures. I apologize for the repetitiveness of the subjects, but the Cathedral is too beautiful not to photograph. After taking some photos, I sat down with my nook and read Apples are from Kazakhstan for an hour. Once my battery gave out, I walked through the still quiet park to the Bazaar, where I bought a pair of black ballet flats. It was only after I left the Bazaar did Almaty truly seem awake, drivers laying on their horns and people rushing across the street.  After the Bazaar, I wandered around. In my wanderings I passed the Mosque again, but I was in shorts so I didn't go in. I did, however, buy a cooked corn on the cob from a vendor just outside of the Mosque. I was actually pleasantly surprised, I haven't seen corn being sold anywhere but in the canned food aisle of stores and those are expensive. After eating my corn and buying a Samsa, I began heading back to the apartment, along a different road. I read the map wrong, I thought that Gogol street came to a dead-end and would turn at the street where I needed to go. Instead the road kept going and I ended up several streets down from the road that I meant to turn on. I only noticed it because I ran into the concrete canal that I photographed last week, though much further north. I followed the canal back up to Abai street and went to the "mall." There, in cool air conditioning (a commodity), I did my homework for my Russian class before heading home. Yes, I now have homework. 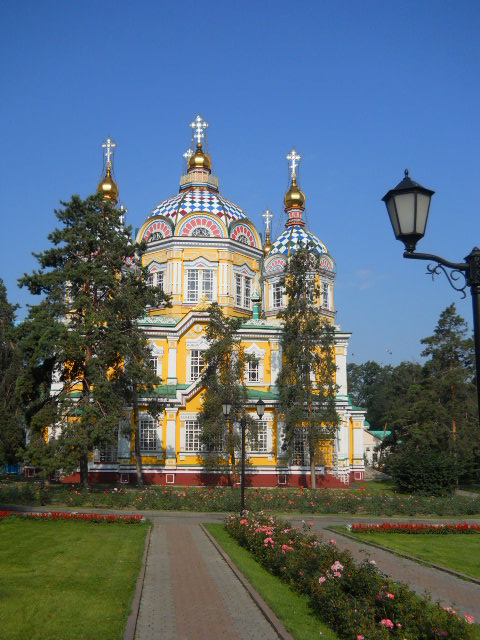 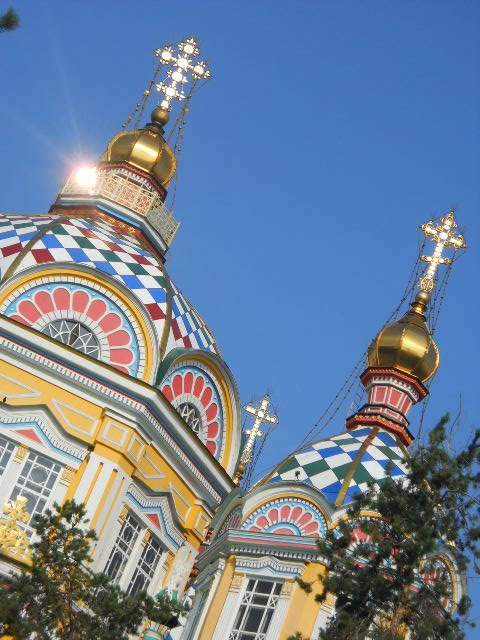 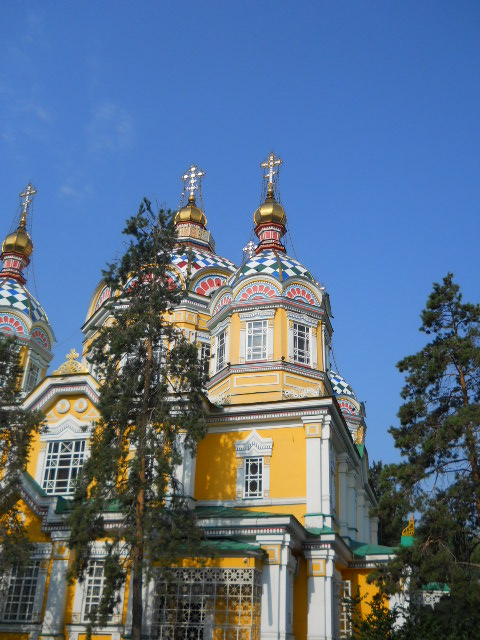 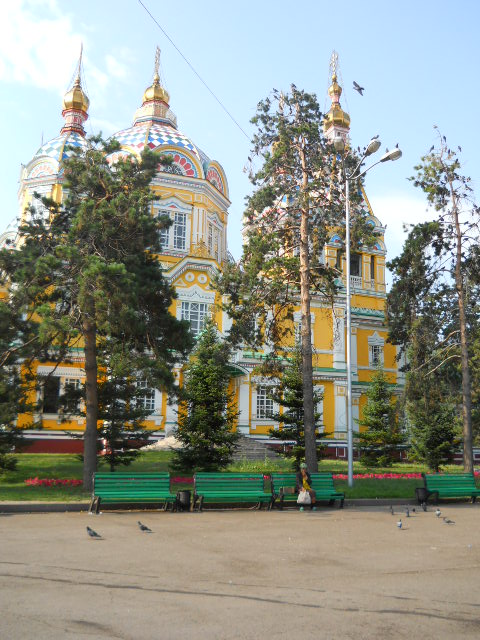 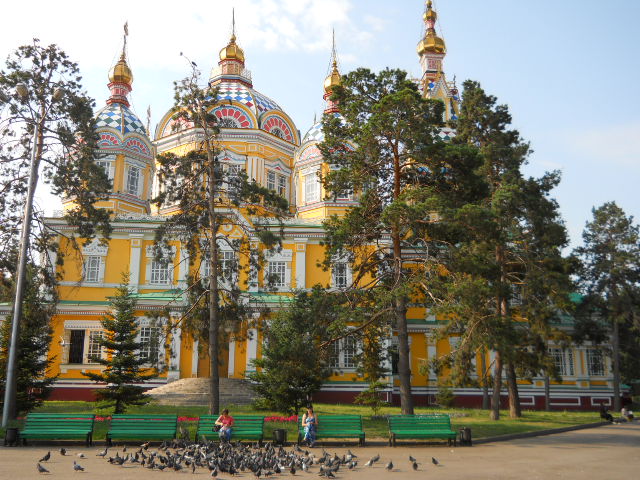 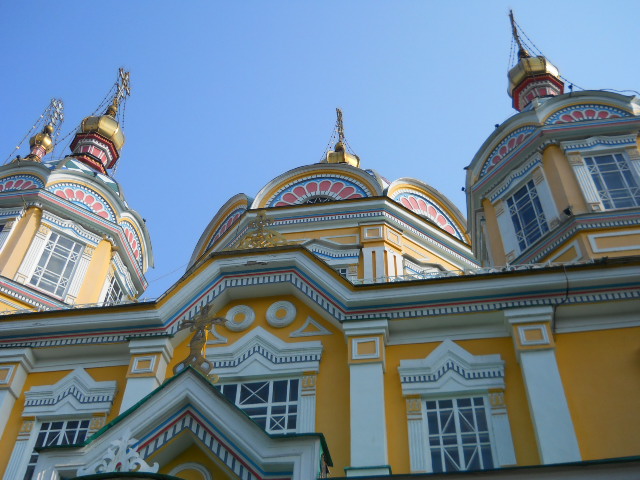 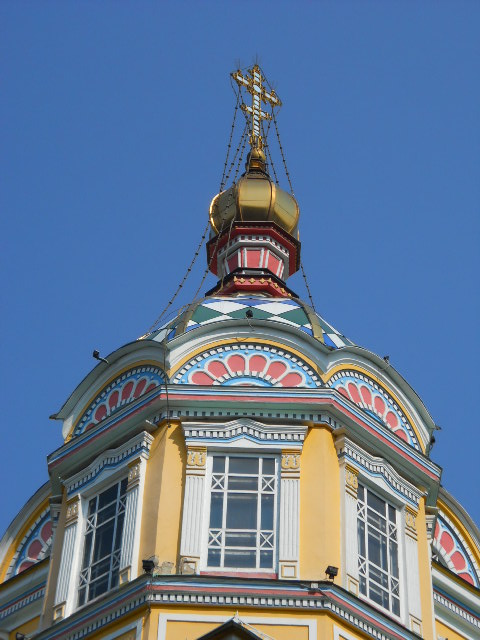 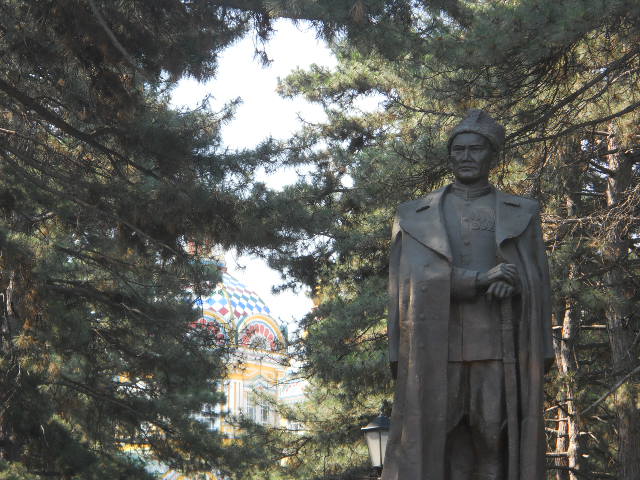 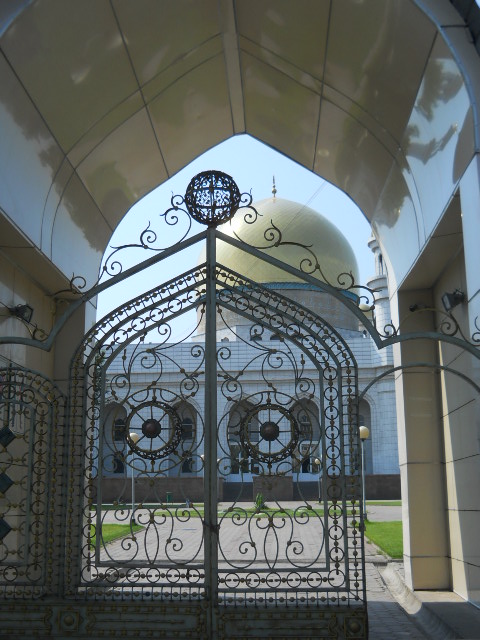 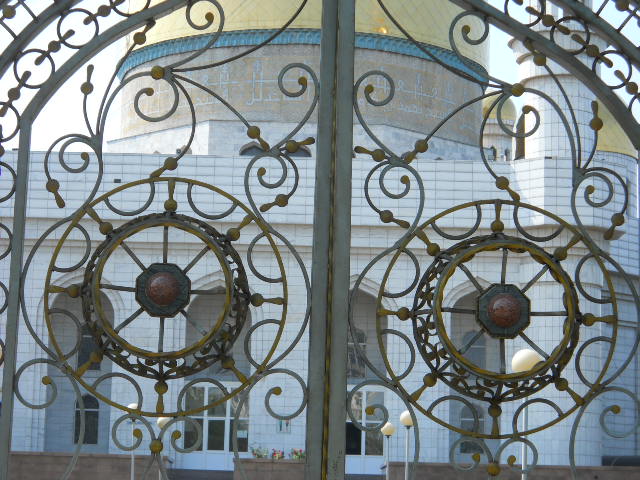 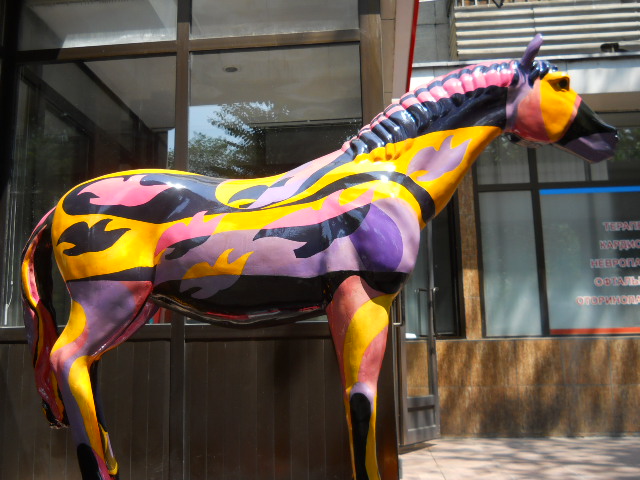 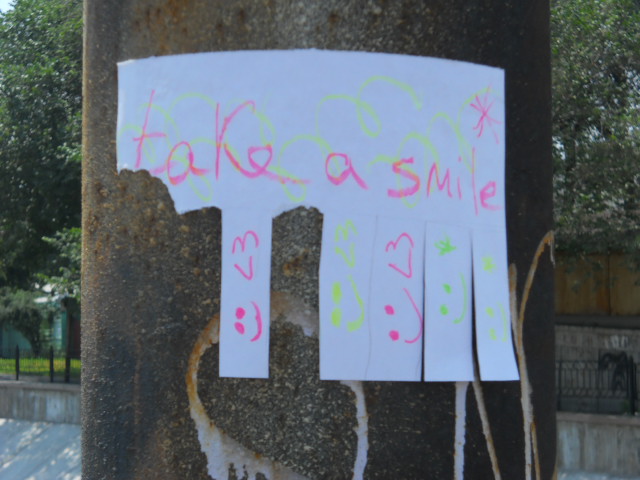 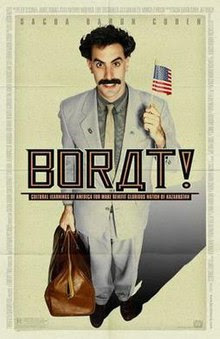 For the record, I have never seen the Borat movie. Though almost every time I mentioned I was going to Kazakhstan, it was quoted.

A few months ago, the parody of Kazakh national anthem, created for  the Borat movie, was played in place of the official Kazakh national anthem for the winner of a shooting competition held in Kuwait. Kazakhstan is very proud of their national symbols, they even have an official holiday to honor them (June 4). Given this, it is not surprising that the Kazakhs were justly embarrassed and upset about the mix-up. On June 14,in response to the Borat incident and others, a bill attaching a jail term of up to a year and a hefty fine for anyone caught desecrating national symbols, including the national anthem, was passed by the upper-house of the Kazakh parliament. If President Nazarbayev signs the bill, it will become law.
Posted by Holly at 3:57 AM